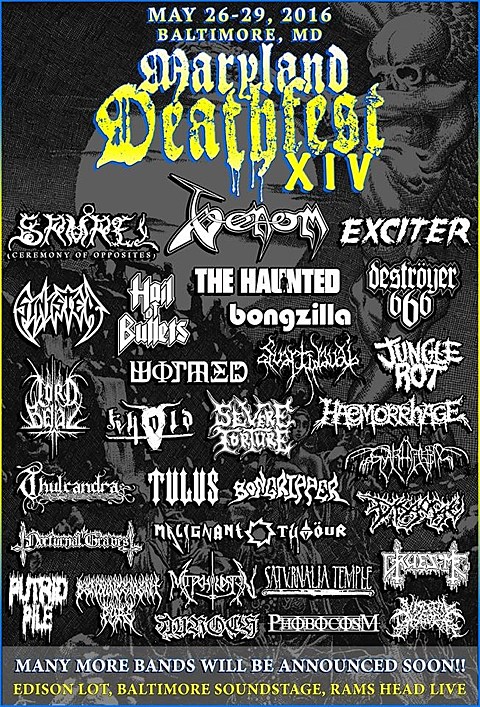 The 2015 Maryland Deathfest is behind us (read our review), and now the initial lineup for 2016 is already announced. Next year happens from May 26-29 in the usual locations of Edison Lot, Rams Head Live, and Baltimore Soundstage, and so far the lineup looks like this: There's Venom (whose only US show of 2015 is FFF Fest) and the back-in-action Bongzilla, plus Samael (performing Ceremony of Opposites), Exciter, Sinister, Hail of Bullets, The Haunted, Destroyer 666, Wormed, Gruesome, Jungle Rot and many more.

Early bird passes are sold out. Stay tuned for the next round of tickets to be released and more artists TBA.