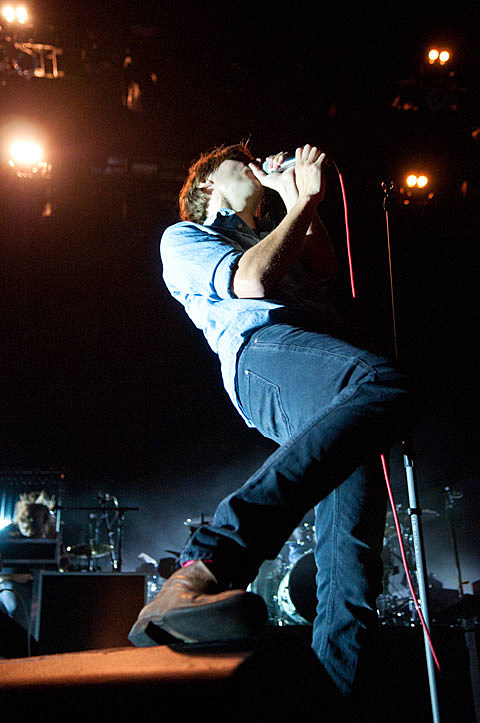 First, Phoenix announced that their long awaited followup to 2009's Wolfgang Amadeus Phoenix would be out this April, then they revealed that it's called Bankrupt! and made their first North American show announcement of 2013: New Orleans Jazz Festival. They've since been revealed as a Coachella headliner and now they've got even more North American dates scheduled, including one that's not too far from NYC: Columbia, MD's Sweetlife Festival, which goes down at Merriweather Post Pavillion on May 11 (about a 3 and a half hour drive from NYC). Their schedule currently has a week or so free on either side of of the Sweetlife fest...hmm.

And the rest of Sweetlife lineup ain't too shabby either. Joining Phoenix will be Passion Pit, Kendrick Lamar, Yeah Yeah Yeahs, Solange, Youth Lagoon, Holy Ghost!, Gary Clark Jr, MS MR, and more. Tickets for the festival go on sale Friday (2/8) at 10 AM with a presale beginning on Wednesday (2/6).

The full lineup and announcement video for Sweetlife, and a list of all Phoenix dates below...