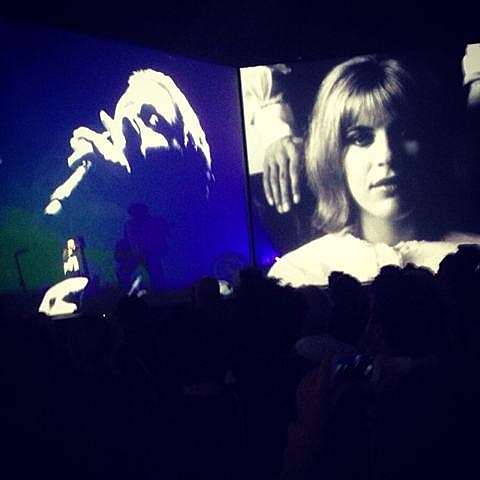 Having premiered at Manchester International festival in July, Massive Attack V Adam Curtis made its North American debut on Saturday night (9/28), the first of six shows at the cavernous Park Avenue Armory. Projection screens covered three sides of the main hall, including a translucent one in front of the stage. Massive Attack played behind it and were occasionally spotlighted though the screen and, when singers Elizabeth Fraser (of Cocteau Twins) and reggae legend and longtime collaborator Horace Andy were singing, occasionally projected onto it.

Co-creator and filmmaker Adam Curtis calls this "a musical entertainment about the power of illusion and the illusion of power." It is engrossing, powerful, and a little depressing. And not what really I'd call a concert, though one person near me tried really hard to dance through the whole thing. This is more a lecture with a live soundtrack. Using exclusively archival footage, Curtis fashions a complex essay on where he thinks politics, the media and the world went wrong starting in 1980 or so. The way he connects the dots -- Butterfly Effect style -- between seeming disparate happenings around the globe (involving Nicolae Ceaușescu, Donald Trump, Ted Turner, to name three) is fascinating, if heavy-handed (Curtis is on the Oliver Stone end of the Subtly Scale).

Massive Attack meanwhile, help the narrative with well-chosen covers (sometimes a little too on-the-nose), everything from The Archies to Bauhaus to Leadbelly (via Nirvana) and many points in between. Undoubtedly the most moving, haunting musical moment is when Liz Fraser sings "Everything is Going According to the Plan" by '80s Russian postpunk band, GrOb. Her voice, not heard live in NYC since the Cocteaus broke up, is still a magical, ethereal wonder and is, for some, reason enough to consider ponying up the dough for this.

The performances continue tonight (9/30) and then Wednesday - Friday (10/2 - 10/4). Friday is sold out but tickets are available to the other shows. We are also giving away a pair of tickets to Friday's show as well as the afterparty. 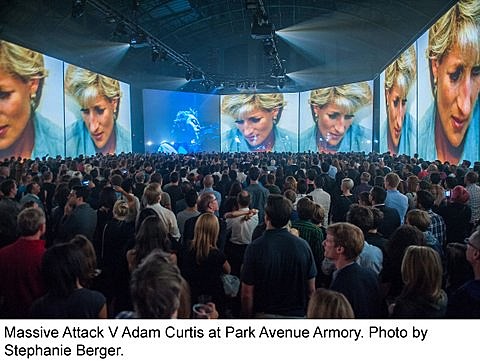 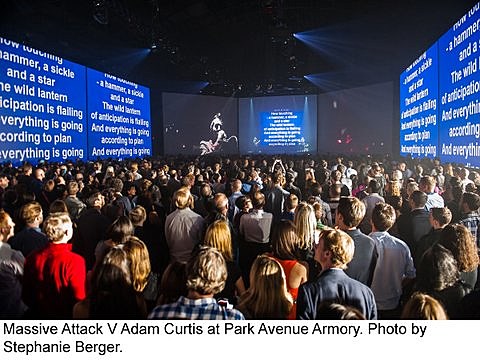 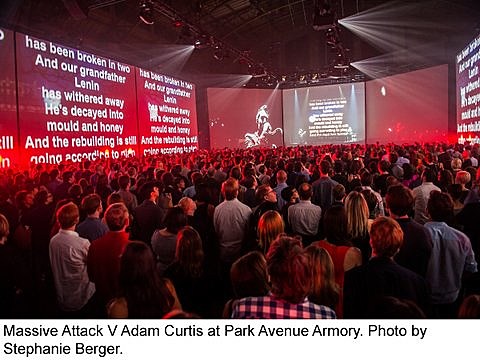 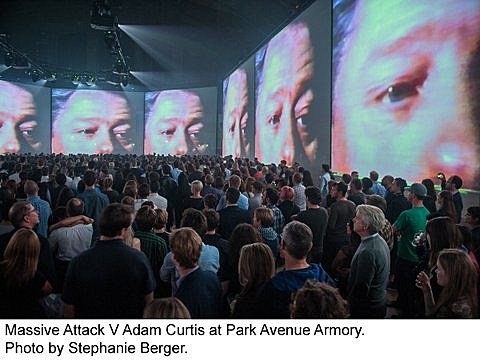 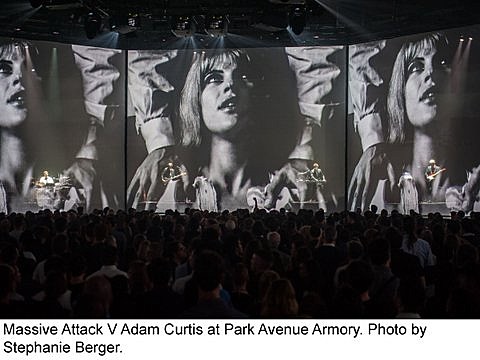 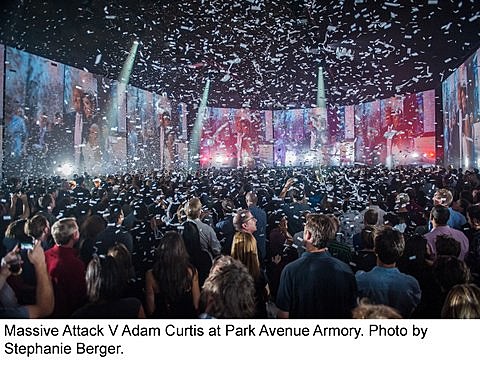 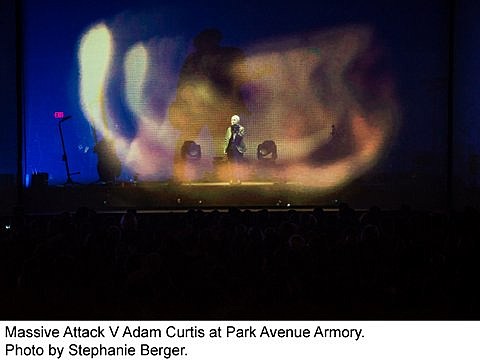 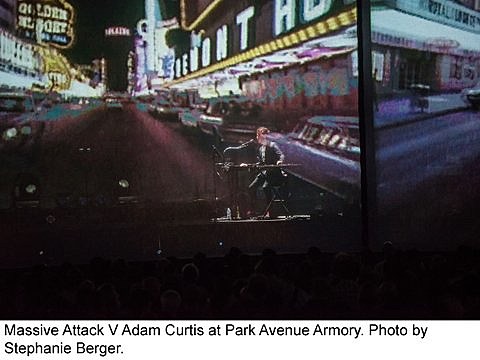