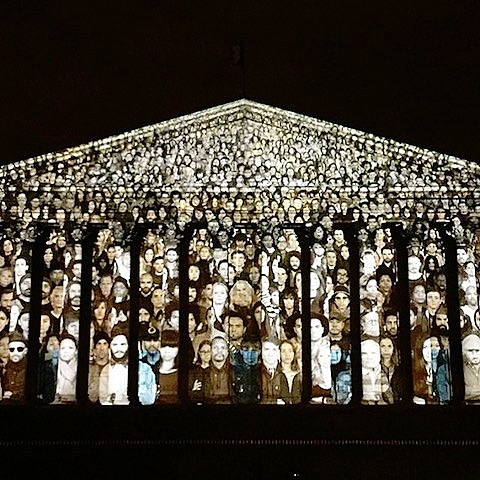 Massive Attack member 3D, aka Robert De Naja, composed the original score to The Standing March, a protest art project from Academy Award-nominated director Darren Aronofsky and French artist JR. In lieu of marches (which are forbidden in Paris following the terrorist attacks), Aronofsky and JR teamed up in a collaborative art installation featuring the images of over 500 people projected on France's National Assembly building to bring attention to global warming during the U.N. Climate Change Conference. The exhibition is traveling around Paris for a week after being presented on the National Assembly building. 3D's music can also be heard in the project's site.

In other Massive Attack news, trip hop pioneers recently announced an European/UK tour with Young Fathers, happening early next year, in support of new material. Details on their new music have not been released yet, but their tour dates are listed below.