Can you mosh to death metal performed by cartoons? (more by Zach Dilgard) 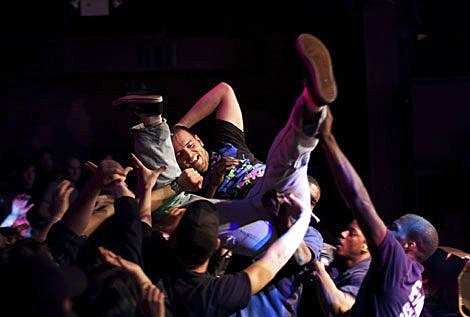 I think it was Cookie Monster who said "One Of Things Is Not Like The Other Thing". My thoughts exactly. In a somewhat of a head-scratching lineup, Mastodon, Dethklok, Converge, and High On Fire will hit the road together in October logging shows across our great nation including Hammerstein Ballroom on 10/30. DC gets the Halloween show. Tickets for the NYC show are on sale August 7th, with a few pre-sales happening before that.

"Dethklok is both a fictional death metal band featured in the Adult Swim animated program Metalocalypse, created by Brendon Small and Tommy Blacha, and a virtual band created to perform the band's music in live shows. The band is sometimes cited as an example of "comedy rock" on par with bands such as GWAR and Spinal Tap." [Wiki]

Not surprisingly, this tour is billed as "Adult Swim Presents". Dethklok will release their new album, Dethalbum II on 9/9/9.

Meanwhile, High On Fire recently announced that they will begin work on the follow-up to Death Is This Communion, for a 2010 release date. On October 29th, Mastodon will hit Late Night with Jimmy Fallon, for a night of non-riffery, bloated psychedelia, and bad jokes. Set your DVRs! Converge is currently working on new material. 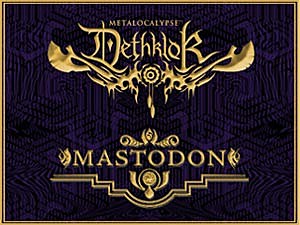