Mastodon at Terminal 5 in May (more by Chris La Putt) 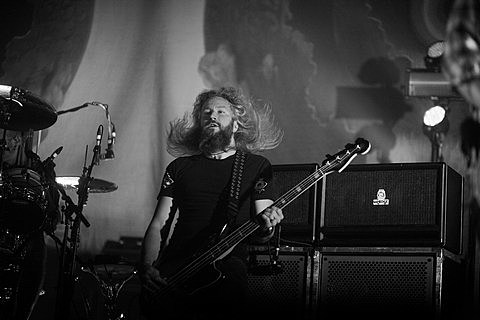 Georgia sludge masters Mastodon are still a few weeks away from releasing their new album, Once More 'Round the Sun (due 6/24 via Relapse). We've already heard one single, "High Road," and they've now given us the studio recording of the other song they've been playing live, 'Chimes at Midnight." It comes with a trippy visual clip, which you can watch/listen to below.