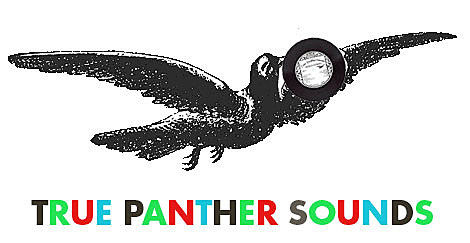 After months of speculation (much of it in our own corridors), we can happily announce that Matador Records has purchased the True Panther Sounds label. TPS, best known to many of you as the imprint behind Girls' recent rise to prominence, will continue to be managed by label founder Dean Bein. What would possess Matador to become involved with another label in this capacity? As Victor Kiam once explained his decision to purchase the Remington Shaver operation, "I liked it so much, I bought the company." Needless to say, we like Dean, Girls, Glasser, Tanlines, Lemonade and Hunx & His Punx much more than than Mr. Kiam appreciated those razor blades.

At the moment, Girls' 'Album' is the only True Panther Sounds title to be worked through Matador's fearsome promotional & marketing machinery (ie. Hunx' recent 'Gay Singles' LP, was not). However, in the months to come, additional offerings from TPS' impressive roster (prior releases have included titles from The Fly Girlz, Ty Segall, Rainbow Bridge, The Standing Nudes amongst others) will receive similar treatment. Stay tuned! [Matador]

Girls, who Amazon says put out the 6th best album of 2009, are on tour with Real Estate. They play a sold out show at Bowery Ballroom in NYC tonight (11/6).

Girls were not here for CMJ when Matador and True Panther teamed up for a showcase at The Suffolk.

Tanlines' last NYC show was at the Guggenheim with Yeasayer.