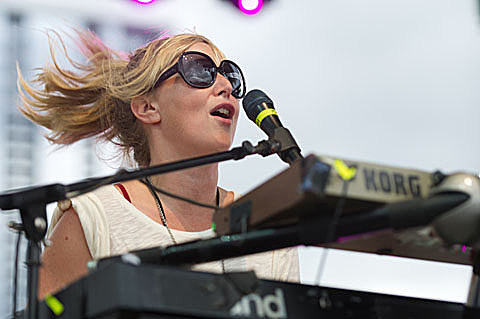 Mates of State are about to announce a set of February dates including at least two in the NYC-area. Those two are happening on February 17 at Le Poisson Rouge and February 18 at Maxwell's. Tickets for the LPR show and the Maxwell's show are on sale now. All currently known dates are listed below...

--
Mates of State's most recent album, Mountaintops, was released last year. You can buy it at eMusic.
--