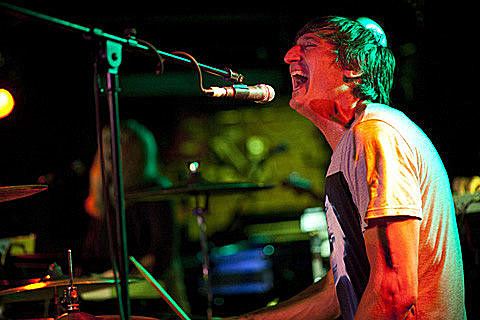 The Ally Coalition is an organization "with the purpose of inspiring people, in particular their peers in the music, fashion and entertainment industry, to take action for LGBTQ equality. The concert happens the same week as NYC Pride Week.

Proceeds from the show "will benefit New Alternatives For LGBT Homeless Youth, which helps homeless LGBT youth become self-sufficient and transition into stable adult lives, and Broadway Impact, a grassroots organization of theater artists and fans mobilized in support of marriage equality."

Watch Mates of State play "Now We're Gonna Get It" for a BrooklynVegan Soundwave Session, below...