Mates of State at Bumbershoot 2013 (more by Melissa O'Hearn) 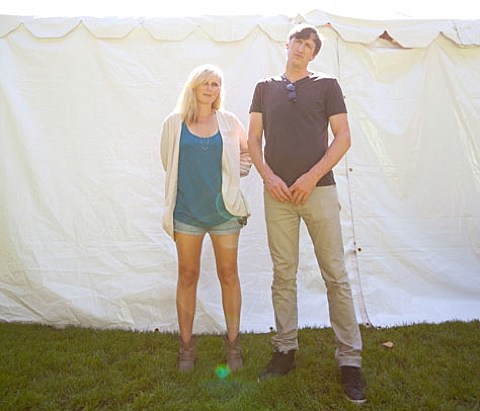 Indie pop duo Mates of State recently announced a Mercury Lounge (12/19) which is on sale now and they've now added a late show happening the same night at that venue. Tickets for the late show go on sale Friday (11/7) at noon. The band is also promising to debut a bunch of new songs that day. Maybe a new album is on the way?

One new song we did recently get from Mates of State is their "Song of the Fall" called "(I'mma) Light Sweater." Here's the premise:

Every year, there's a Song of the Summer that becomes the ubiquitous jam for the warmer months. But what about when the season shifts from poolside to pumpkin spice?

Brooklyn comedy show Late Night Basement teamed up with Mates of State to create the first ever Song of the Fall. This is L.L. Bean meets "Blurred Lines." Fall's never been sexier or sweatier.

Watch the video for that below...