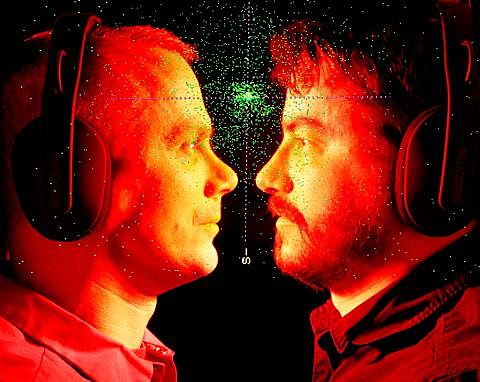 Baltimore-based experimentalists Matmos are set to release The Marriage of True Minds, their first album in five years on February 19 via Thrill Jockey. The record's birth, much like their Ganzfeld EP from last year, is a bit odd, even for this duo. Here's a bit from the press release:

For the past four years the band have been conducting parapsychological experiments based upon the classic Ganzfeld ("total field") experiment, but with a twist: instead of sending and receiving simple graphic patterns, test subjects were put into a state of sensory deprivation by covering their eyes and listening to white noise on headphones, and then Matmos member Drew Daniel attempted to transmit "the concept of the new Matmos record" directly into their minds. The resulting transcripts became poetic and conceptual scores used by Matmos to generate the nine songs on this album. If a subject hummed something, that became a melody; passing visual images suggested arrangement ideas, instruments, or raw materials for a collage; if a subject described an action, then the band members had to act out that out and make music out of the noises generated in the process of the re-enactment. "The Marriage of True Minds" boasts a promiscuous cast of guest musicians, an array of sonic tactics, and a broad swathe of musical styles, but this diversity is joined together with a common purpose: the translation of this archive of psychic experiments into a delirious hybrid of conceptual noise and electronic pop.

Matmos created a Tumblr detailing their Ganzfeld experiments which makes for heady reading. While there are moments of beauty and danceable rhythms to be heard on The Marriage of True Minds, the album ends with a doom-y cover of The Buzzcocks' "ESP" that features vocals from Gerry Mak of Brooklyn metal band Bloody Panda. It's an interesting album.

Which should also make for interesting live shows. While they're scheduled for a European tour in March, Matmos only have one U.S. date at the moment and it's in NYC: February 11 at Le Poisson Rouge and tickets are on sale now.

Cover art and track list for The Marriage of True Minds is below, along with a list of all tour dates 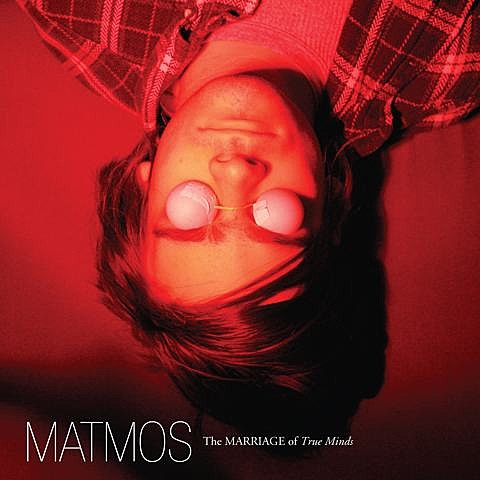