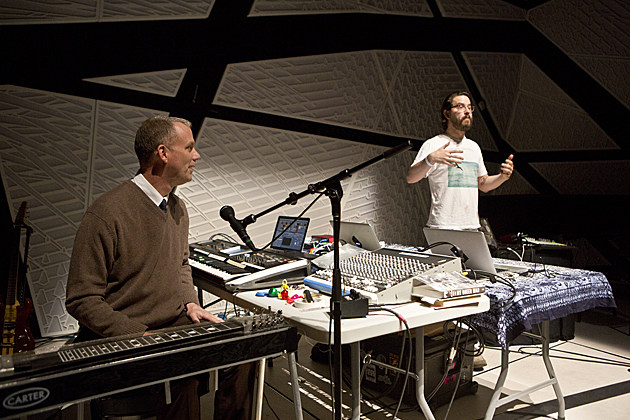 The video echoes this process, separating the machine from its intended domestic position. An animated model of a washing machine is often shown as isolated, orbiting in a screen of black, while undergoing material transformation- it is a visual equivalency to acousmatic sound. The hard, white facade of the machine undergoes a material change, warping, melting, and bending at the inclination of body parts, bodies at work, captured from washing machine pornography. The domestic is work, just as sex is work, all inclusive in the industry of sterility.

You can watch the "Excerpt Three" video below.

Matmos have some shows coming up, including one in NYC at National Sawdust on March 19, for which tickets will be on sale soon. They'll also play Baltimore, Chicago and Philadelphia. All dates are listed below.