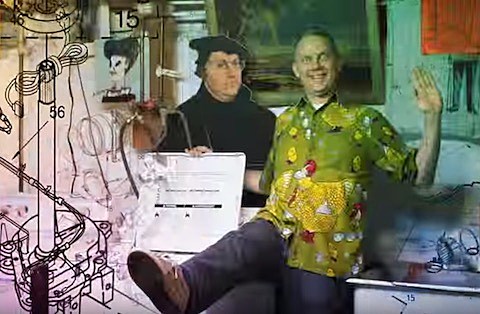 You may recall that Matmos have a new album, Ultimate Care II, on the way that is made up entirely from sounds made with a washing machine. They've now made a video for "Excerpt Five" from album which mixes footage of Matmos' Whirlpool machine used on album, as well as some vintage television commericals. Director Vicki Bennett elaborates:

Having many times visited the Matmos laundry room, sorry, studio, we were delighted to hear that the two elements of the room had been combined for this artistic venture, and since we were staying there earlier this year we set about filming the very washing machine that is on the album, then later found some wonderful footage of washing machines from Rick Prelinger's archives and the Internet Archive in general. We hope that the collage within the musical composition is reflected well within the video too.

Watch the video below. Matmos' Ultimate Care II will be out via Thrill Jockey on February 19.

You can catch Matmos in NYC this week, as they're playing The Stone on December 19 as part of Chuck Bettis' residency.