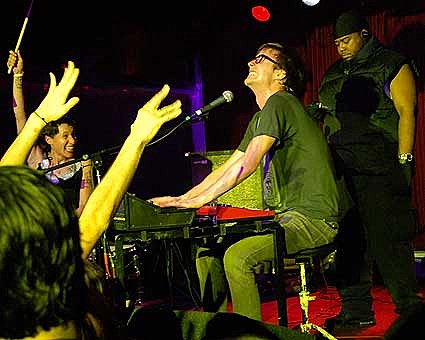 Brooklyn's Matt & Kim played Brooklyn's Studio B last Saturday night (January 6, 2007). It was great seeing the band revel in their own success as they tore through their about-30-minute high-energy set and constantly thanked the 800-something high-energy crowd for being there. The show was fun - their music is fun, and I even think stage diving is generally fun, BUT it's understandable that a venue - especially an all-ages legitimate venue full of kids - would be concerned that someone might get hurt.... 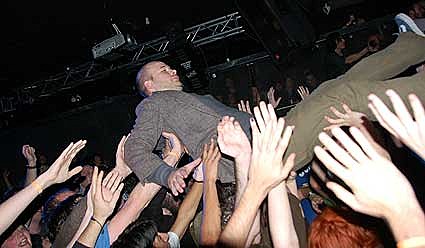 ...It's understandable that the venue might send a bouncer on the stage to stop anyone trying to jump back into the crowd on top of people's heads - to protect people, and the venue (from a lawsuit)....And you might say that the large bouncer they DID put on the stage next to Matt & Kim was "just doing his job", or if you were Matt, I guess you would say something like, "Please get off the stage. This show is MATT (points at self) and KIM (points at Kim) - not Matt, Kim, and YOU (points at bouncer). These people are all our friends!". (I don't rememeber the exact quote, but it was something like that) 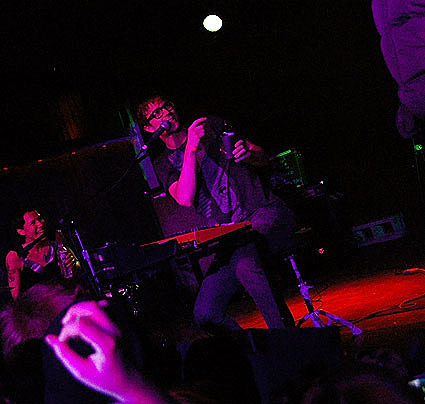 I don't think I was the only one that thought the smiley duo needed to get over themselves a bit at that moment. Or maybe Matt just felt he was the one doing the protecting at that moment - protecting US from the big scary (no-fun) bouncer. The security staff at Studio B are a serious, and sometimes unfriendly, bunch. (and oh yeah - Matt mentioned that the security staff gave him a hard time outside the venue earlier in the night - maybe his anger was building up. Either way - it was weird). 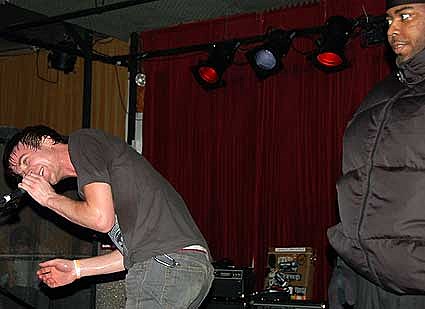 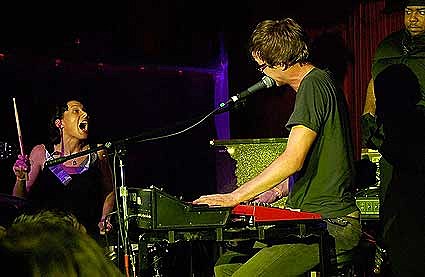 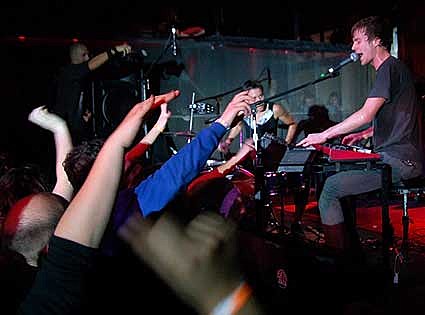 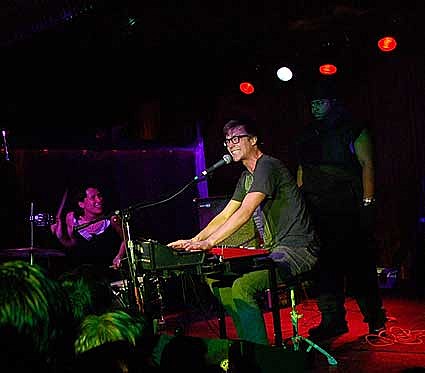 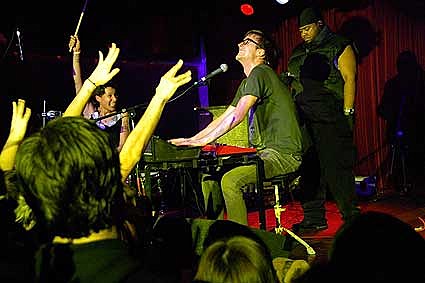 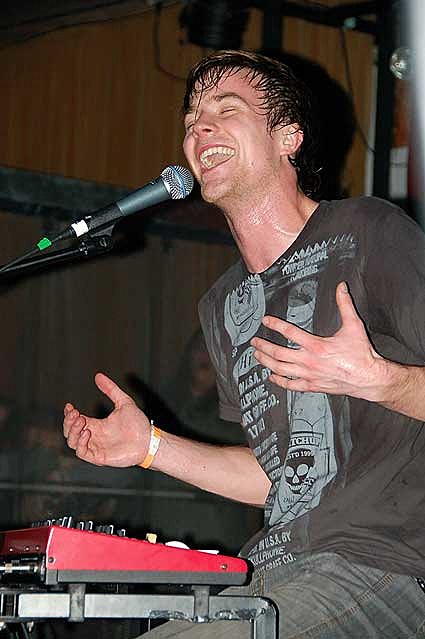 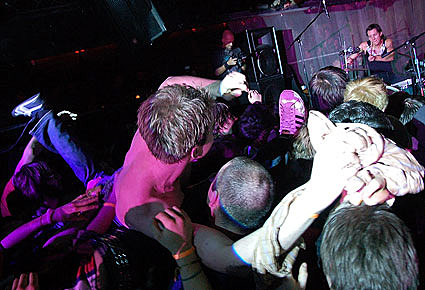 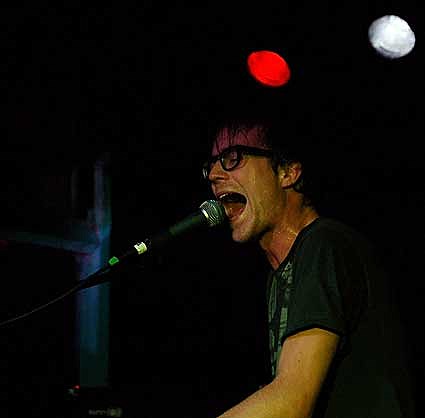 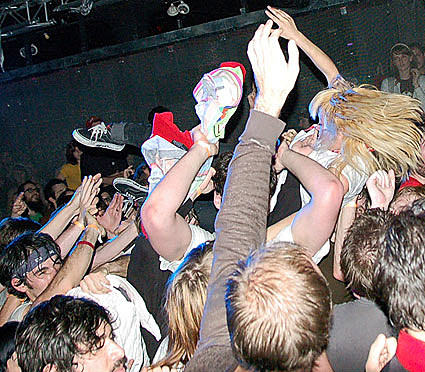 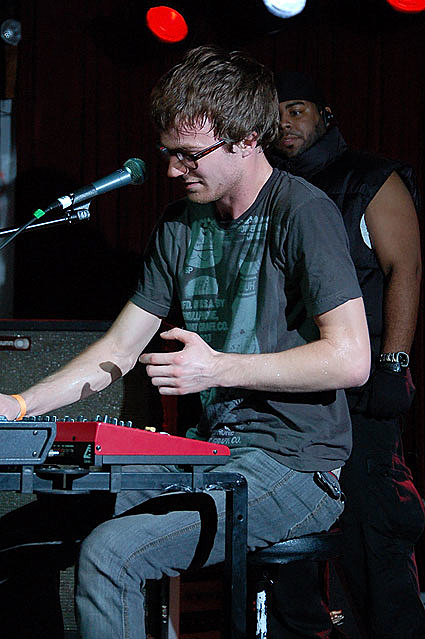 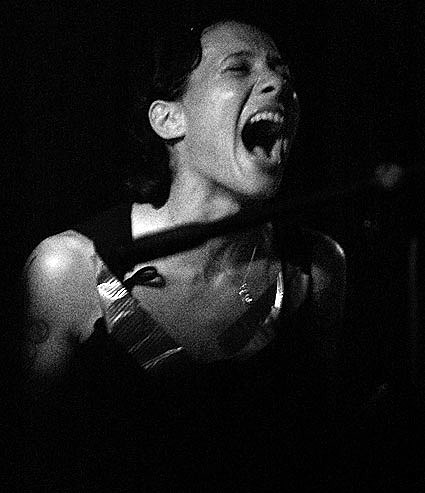 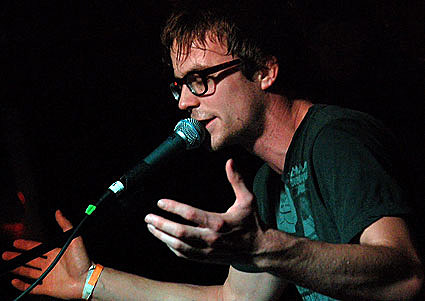