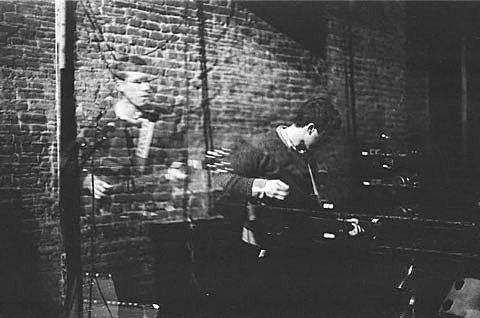 One half of brotherly pop duo Princeton, Matt Kivel also makes music on his own, having released two underheard/underrated solo albums -- Double Exposure in 2013 (on Olde English Spelling Bee) and Days of Being Wild in 2014 (on Woodsist). His next album, titled Janus, was made with Scottish folk musician Alasdair Roberts and will be released by Driftless Recordings (the label co-run by Joel Ford of Ford & Lopatin). As a preview of things to come, Driftless are releasing a new compilation titled Heaven - Songs of Matt Kivel, that features covers by Alasdair Roberts, R Stevie Moore, Matt's brother Jesse Kivel (of Princeton and Kisses), Sophia Knapp, Fred Thomas, North Americans, and Hayden Pedigo. It offers up radically different takes on Kivel's songs, from the undertstated (North Americans), to the gorgeous (Sophia Knapp) and rather strange (R Stevie Moore). A stream of the whole album makes its premiere in this post. Listen below.

Meanwhile, Matt Kivel has some upcoming shows, including NYC at Elvis Guesthouse on Thursday (10/1) with Zachary Cale and Fraternal Twin (tickets). Kivel and Cale will also play Hudson, NY's Spotty Dog on Friday (10/2) with Megafortress. All tour dates are listed below.