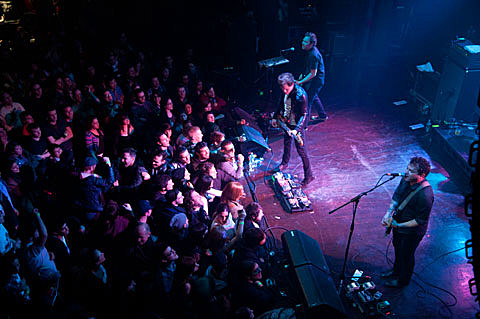 As discussed, Get Up Kid Matt Pryor is going on a solo tour this month, which began in Chicago yesterday (12/4), with Max Bemis, Perma, Sherri DuPree-Bemis, and Merriment. That tour comes to NYC for a show at The Studio at Webster Hall on December 12, which is now sold out, but you can catch Matt headlining his own more intimate NYC show on Monday (12/9) at Grand Victory, presented by Jaded Punk. RSVP is open now via Matt's website and if you wanna go, you should probably act quick. Special guests are being promised too.

Earlier this year, Matt released a collaborative EP with his Get Up Kids bandmate James Dewees, and since then he's released a new solo album, Wrist Slitter, which you can stream in full (via Noisey) below.

James Dewees' other band Reggie and the Full Effect is also touring with Dads in 2014, and as discussed, that tour hits NYC on 2/20 at The Studio at Webster Hall with Pentimento. Tickets are still available.

Updated Matt Pryor dates are listed, along with the LP stream, below... 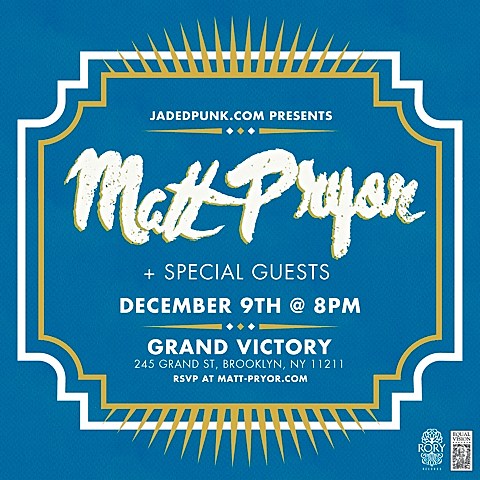