Matthew Dear at Knitting Factory in 2011 (more by Winnie Cheung) 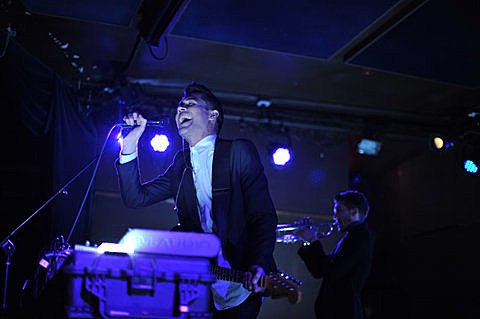 As mentioned, Matthew Dear will release his new full length, Beams, on August 28 via Ghostly, and will support the album with some dates in the fall, including a NYC show at Webster Hall on November 17 (tickets). He'll be in NYC even sooner than that to DJ Warm Up at PS1 on July 21 with Sepalcure, Le1f, MikeQ, and JDH & Dave P (tickets). And since we last spoke, he's added another DJ set in NYC a week before Warm Up, which happens at Le Poisson Rouge on July 14 with Sleepy & Boo. Tickets for that show are on sale now.

Matthew also just revealed the video for Beams single, "Her Fantasy," which was directed by Tommy O'Haver. You can watch that video below, along with an updated list of dates...