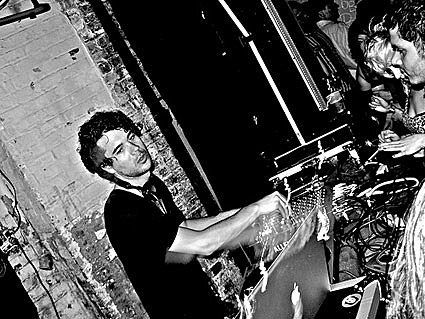 Just a quick note to let you know about some fuck up stuff that happened yesterday night (April 4) at Galapagos Art Space, during Matthew Dear show.

Matthew, who was celebrating his birthday yesterday, had been playing a killer set for 2 hours or so. Suddenly he got a message on his computer saying that his hard disk drive was unplugged...

The music stopped, he checked and found out that the drive was actually missing... basically someone STOLE his hard drive in the middle of his set and ruined the all show!!!

This is SO WRONG!!! The management of the place asked people if they had seen anything, but nobody did, and the guy probably ran away...

FYI, Matthew just moved few month ago from Detroit to Brooklyn. We are privileged to have him here. Shame on the guy who did this.

If you need more details, you can contact me. Thank you.

If anyone has anymore details, please contact me and I'll pass it on. Matthew Dear is opening for Hot Chip tonight (April 8) at Music Hall of Williamsburg.