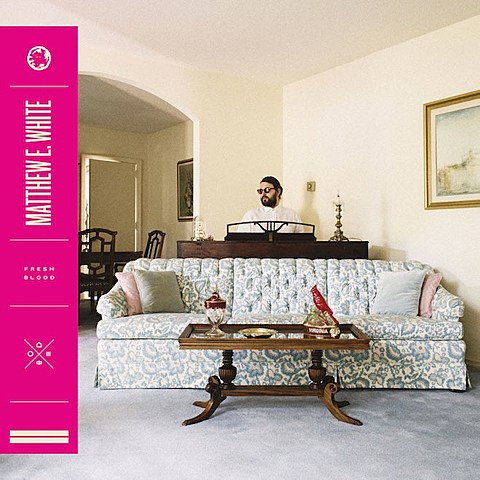 Matthew E. White deservedly saw a boost in his career thanks to the strength of his 2012 LP, Big Inner, which got him a deal with Domino, who re-released the album in 2013. Now he's announced his first new album for the label, Fresh Blood, which will be out on March 10. You can check out the tracklist and a video trailer for the LP below. Artwork above.

Just ahead of its release, Matthew will be coming to NYC to debut music from the album on March 3 at the BRIC House. The night is billed as "the world premiere of Matthew E. White: Southern Lights Tonight" and will feature Matthew "flanked by strings, horns, background singers, and backed by the inimitable Spacebomb house band." Tickets are on sale now to members of Matthew's fan club and go on sale to the general public on January 6 at noon. Brooklyn Independent Media will be filming the show.

Matthew's only other two shows announced at the moment are that same month in Europe. All dates are listed, with the album trailer and tracklist, below...