Matthew E. White in Chicago in 2012 (more by Sara Pieper) 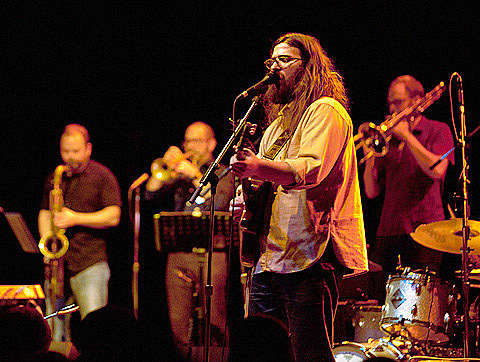 Matthew E. White, who was last in NYC for CMJ when he opened for The Mountain Goats and played his own show at Union Pool, will return for his largest NYC show yet on May 13 at Bowery Ballroom. Tickets for that show go on sale Friday (4/5) at noon with an AmEx presale starting Wednesday (4/3) at noon. The show is part of Matthew's ongoing tour, but other than Bonnaroo and a post-'Roo show in Columbus, OH opening for the National and Local Natives, it's his only announced US date at the moment.

All currently announced dates are listed, along with some videos from his debut album, Big Inner, which came out last year via Hometapes but was reissued this past January via Domino, below...

Matthew E. White - "Will You Love Me"