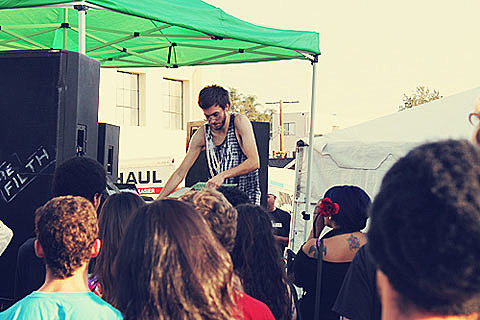 Matthewdavid is sharing his bass-heavy beats with NYC quite a few times this week. In addition to playing Knitting Factory this past Saturday (5/28) with The Gaslamp Killer, and the previously announced 285 Kent show this coming Saturday (6/4) with Sun Araw (who is now up at Mutek), he plays a late party at Cameo Gallery tonight (6/2) with Howse. The Brooklyn event at Cameo is being billed as a "rare live audio-visual performance" and four other DJs are also on the bill.

By 6/9 Matthewdavid will be back on his coast because he's appearing at Amoeba in LA, but it won't be long before he returns to NYC again to play a Saturday 'Warm Up' event at MoMA's PS1 on 7/9 with Four Tet. Four Tet plays Camp Bisco one day earlier. Full 'Warm Up' schedule, and more details still TBA.

Tour dates and tonight's flyer below... 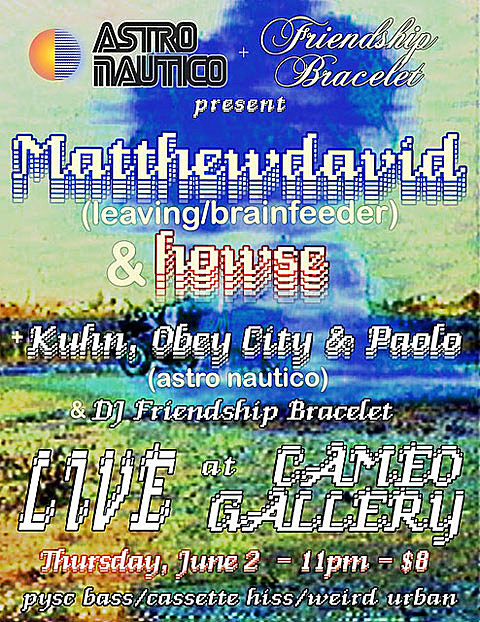