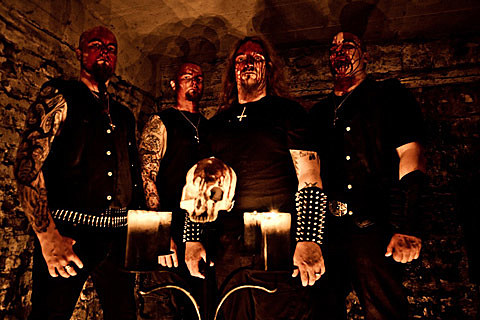 Finnish death metal team Maveth arent satisfied with the constraints of modern death metal, mixing elements of black metal into their bulldozing assault. Coils of the Black Earth, the band's debut LP due on 12/15 via Dark Descent, furthers that gospel with ten tracks of blood-soaked violence peppered with icy BM darkness, blasts and lightning quick tremolo-picking. Stream the second track to emerge from the LP, "Sating Erictho", below alongside "Hymn to Azael" which first emerged at Decibel. Order your copy at Dark Descent.

So far limited dates have been scheduled for the quartet, but Finns can catch the band in their hometown of Helsinki on January 25, 2013 at Semifinal.