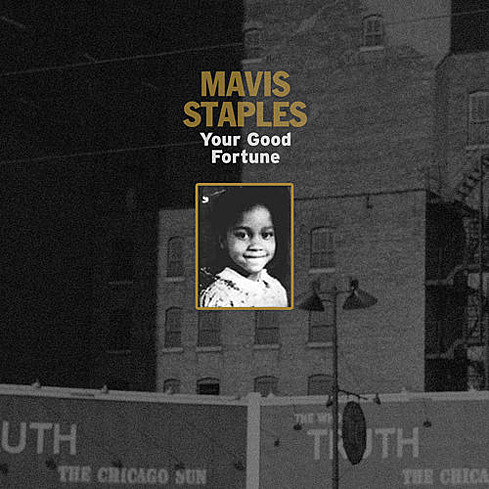 Mavis Staples has a PACKED schedule through the end of the year. From May 29 (when she appears at Ohio's Nelsonville Music Fest) through November (when she plays some shows in Florida), she'll have been to many corners of North America, and will have visited the UK as well. Other fests she's playing include Glastonbury, Winnipeg Jazz Fest, Grand Targhee, and Milwakee's Summerfest. Many of her dates are with Patty Griffin. Others are part of a "Solid Soul" tour with Joan Osborne, including NYC's 92nd Street Y on 11/4 (tickets), then Tarrytown Music Hall on 10/28 (tickets), and NJ's Bergen Performing Arts Center on 11/14 (tickets TBA). She also plays a NYC-area show before that at Guild Hall in East Hampton on 8/15 (tickets). All dates are listed below.

Mavis also has a new EP, titled Your Good Fortune, which she made with Son Little (who has worked with The Roots and RJD2 among others). It features two new originals as well as new versions of Staples Singers' staples -- Pops Staples-penned "Wish I Had Answered" and Blind Lemon Jefferson's "See That My Grave Is Kept Clean" (which was on Staples Singers' 1962 album, Hammer & Nails). You can watch the video for "Fight" and stream Your Good Fortune's title track (both the EP's originals) below.

For even more, MAVIS!, the feature-length documentary on the singer, was a hit at SXSW's Film Fest and has since been acquired by HBO. A release date has not been set, but you can check out the trailer and poster below... 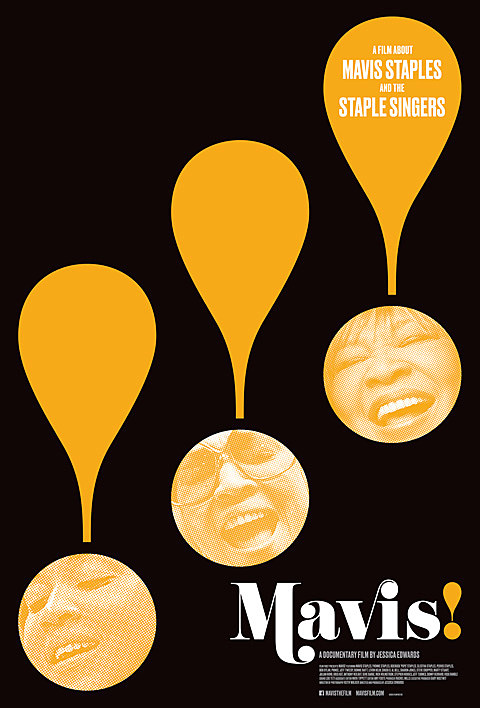