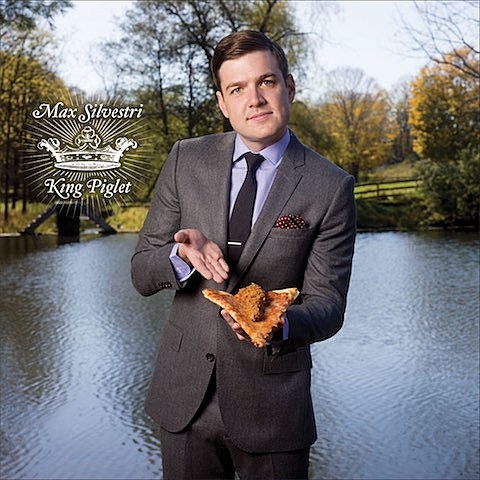 Max Silvestri officially said goodbye to NYC back in April when his weekly Big Terrific comedy show (with Jenny Slate and Gabe Liedman) had its final bow. Now in Los Angeles, he seems to be doing all right for himself. Deadline reports that NBC has bought Silvestri's Relative Success, a sitcom he created and will star in, where it's currently in development. The series will be produced by Krysten Ritter (who you may now know from Netflix's awesome Jessica Jones) and here's the synopsis:

Relative Success is about what happens when two overachieving brothers -- one a successful book editor, the other a well-known author - are forced to work together to keep their careers on track. They soon find their childish family disagreements are spilling over into their work lives.

While we wait for that, Silvestri's got a bunch of other stuff going on. You may remember he used to write very funny Top Chef recaps for Eater, and he's now parlayed that into a couple of gastronomic on-camera jobs. He currently co-hosts FYI Network's food lifestyle show The Feed with Top Chef's Gail Simmons and celeb chef (and frequent Chopped judge) Marcus Samuelson, and he's going to be the host of upcoming Bravo TV cooking competition show Recipe for Deception. Here's the synopsis for Recipe:

It is a battle of secrets and knives in this fast-paced and innovative self-contained cooking competition series where a chef's cunning is almost as important as their culinary skill. In each stand-alone episode host Max Silvestri guides four new chefs through head-to-head elimination rounds in which they are tasked with creating a stunning dish featuring a main ingredient. The twist is that they have no idea what that ingredient is while cooking. Based on the popular parlor game 'Two Truths and a Lie,' competing chefs ask each other three "yes or no" questions to determine what their mystery ingredient is, and their opponent answers strategically with two truthful answers and one outright lie. If you can't stand deceit, get out of the kitchen.

Max is also recapping Top Chef again but doing it for Bravo TV's official Top Chef blog. Judging by the first two entries, working for the people who make the show hasn't neutered him -- Silvestri rips into the contestants just like he used to on Eater (though maybe there's a little less making fun of Tom Colicchio and Padma Lakshmi now).

Last but not least: Max released a comedy album, King Piglet, over the summer which, if you're not familiar with Max's manic, digression-filled style (and somehow you're still reading this), it's a good introduction. You can listen to the whole thing via Spotify, below..