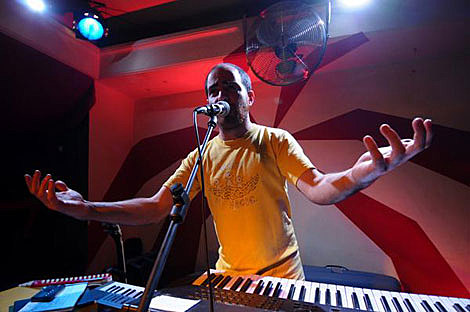 Enigmatic Brit artist Max Tundra has been releasing music for 10 years but only just released his third album, Parallax Error Beheads You, back in October -- his first in six years. One of the reasons for being such a slowpoke probably has something to do with the way he makes them:

The main technology behind this and all of my albums has been the Commodore Amiga 500 - bestselling home computer at the time - running a $1 public domain software tracker program. The sounds don't emerge from the Amiga itself however; the machine is used to control various synths, samplers and the like. I look at columns of numbers all day on the screen of a black and white television; these digits relate to pitches, durations and tones. A lot of the noises on my record are real; the cello, bass guitar, drums, piano, trumpet and others are all rehearsed and played by me, but sometimes I will use realistic fake versions of these noises. Each song is recorded in a different way; drumkits are recorded on mono cassette recorders twice, then stuck together on the left and right of a mix; string arrangements are planned and then layered up; each note of an electric guitar is sampled so that it can be sequenced in ways too complicated for my fat fingers to play at full speed. And then I have a cup of tea and sing my heart out.

Seems like a painstaking and annoying way to make a record to me, but there's no denying the results: his albums don't sound like anybody else's. (Well, maybe just a little like Scritti Politti.) Max is making his NYC live debut this week, opening for The Rosebuds at Bowery Ballroom on Friday (1/16, tickets) and a headlining FIXED show at Le Poisson Rouge on Saturday (1/17, tickets). I'm curious to see how he'll pull it off his music in a live setting as well as how much equipment he'll have. What concert reviews of his I've read have been favorable (like this one from December). 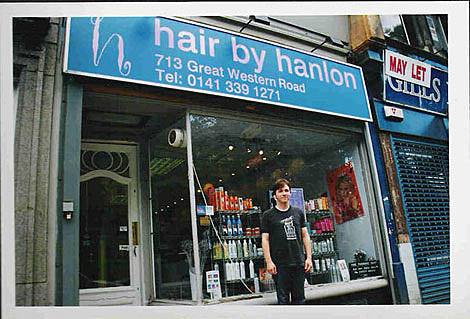 A few more options for you this week. Australian singer-songwriter Darren Hanlon has two NYC shows this week: tonight (1/13) at Googies (above The Living Room), and tomorrow (1/14) at the Bell House where he'll be trading off songs with Graham Smith of Kleenex Girl Wonder in the venue's front lounge. It's a free show. Hanlon's shows are as well known for his witty between-song stories and banter as he is his lovely folk-pop, so if you are fans of Billy Bragg, Robyn Hitchcock or fellow Aussies The Lucksmiths (with whom Hanlon spent a brief stint in the late '90s). He's a charmer.

As I mentioned a while back, Ida Maria is in town this week playing Mercury Lounge on Thursday (1/15) and Union Hall on Friday (1/16) and I am super-psyched for this. Both shows are sold out, but Union Hall usually has a few tickets available night of show if you get there right as doors open (which is 8PM, but Ida's not on till 10).

Also this week: The Muslims make their first New York appearances since switching their name to The Soft Pack. Their EP, which made my Best of 2008 list and has already sold out two vinyl pressings, is getting re-pressed in February under the new moniker with an additional three songs. Maybe they'll have those with them at the merch table for these shows? They play Mercury Lounge on Friday (1/16) and Union Pool on Saturday (1/17). Both shows also feature their 1928 Recordings label-mates the Browns.

Speaking of name changes, SpaceKamp, who I've written about before, now spell their name as SpaceCamp. Same great sound, now with more C. In addition to working with Adam Green, Spacecamp are helping Dev Hynes with the new Lightspeed Champion record as well. (Video of Dev and Spacecamp in the studio below.) They play Zebulon on Friday (1/16) and maybe you can quiz them on the new spelling if you go.

Videos and such after the jump...

Max Tundra - "Will Get Fooled Again" 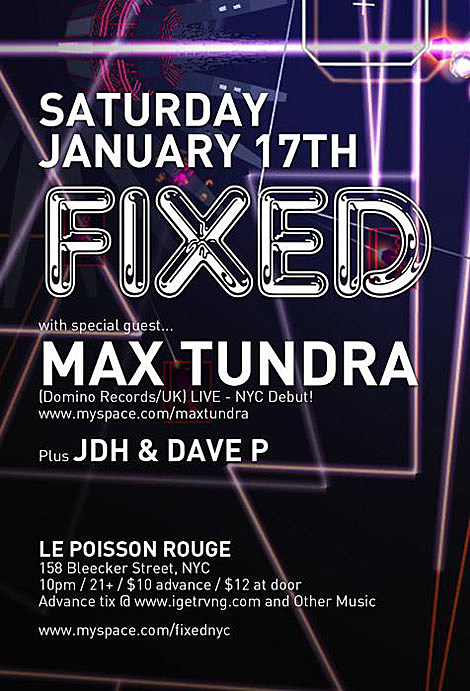 Darren Hanlon - "Happiness is a Chemical"

Ida Maria - "Drive Away My Heart"

Dev Hines and Spacecamp in the Studio