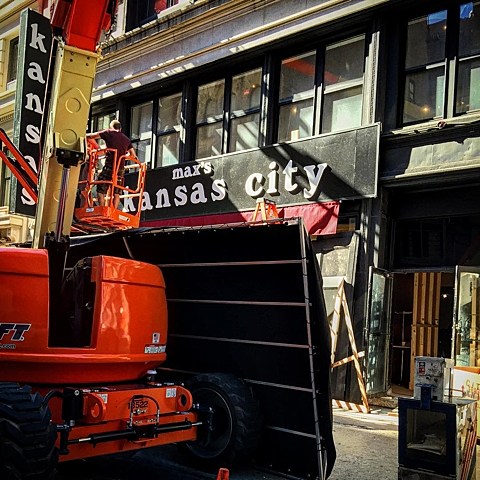 First, Rough Trade NYC transformed into a '70s Sam Goody for Martin Scorsese's upcoming HBO drama Vinyl, and now Gothamist points out that a replica of Max's Kansas City was constructed for it too. The new facade was just around the corner from the original Max's (which just celebrated its 50th anniversary).

Vinyl is set in NYC in the 1970s, the same decade that Max's played host to a ton of early punk bands, including New York Dolls, Ramones, Patti Smith, Blondie, Television, Talking Heads, Misfits and more. Gothamist points out that, like the Sam Goody replica, old cars were featured on the exterior of the set. There were was also a newstand with LIFE, Penthouse, Telegraph, Ebony and other magazines from that era.

Listen to side A of The Velvet Underground's Live At Max's Kansas City below...