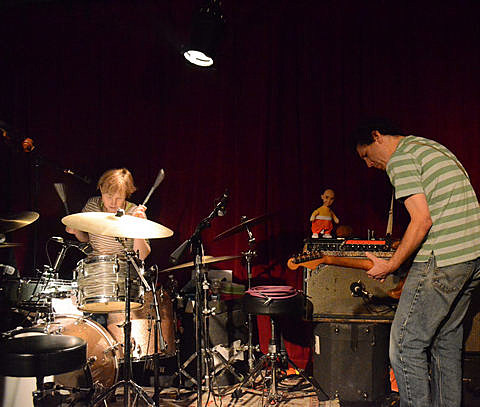 Maxwell's, the Hoboken corner restaurant and rock club with an international reputation, is closing its doors at the end of July.

The lease to Maxwell's, which has been at the heart of the rock scene in Hudson County for decades, is up at the end of July. But the decision to close the club at 1039 Washington St. isn't the landlord's.

"We were offered a renewal with rates that weren't necessarily onerous," says Todd Abramson, the club's booking agent and co-owner. "But after much thought, given the changing nature of Hoboken and the difficulties of trying to run a business in this town, we decided it was time."

Maxwell's, says Abramson, will invite back some old friends to finish its remarkable run.

"On July 31, I think we're going to go out the way we came in -- with the band 'a'." a, which featured members of the Bongos and Glenn Morrow, who'd later found Hoboken's Bar/None Records, was the first act to ever take the stage in the restaurant's back room. - [NJ.com]

Bummer, bummer news. The U.S. is losing one of its legendary small rock venues (co-owned by Sonic Youth's Steve Shelley), home to Yo La Tengo's Hanukah shows, The Feelies' 4th of July shows and where Bruce Springsteen shot the "Glory Days" video. Titus Andronicus have three shows coming up there. The Bats play tonight with Wild Carnation. Yo La Tengo (as Condo Fucks) will open for The Pastels next week.

This one hits hard. We're gonna miss you, Maxwell's.