"Stood in front row, cried during 'Into Dust', and witnessed Hope Sandoval be her perfect self. Mazzy Star, thank you for tonight." - Janet Jackson

"I'm not too manly to say that I cried at the Mazzy Star concert tonight. And also before it a lot. And also still right now." - Rich Karski 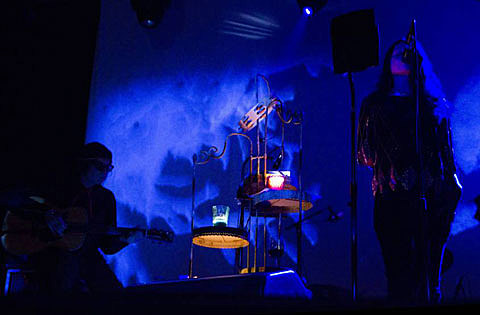 ""Seasons of Your Day," Mazzy Star's first album since 1996, reunites the dreampop duo of Hope Sandoval and David Roback. Despite the long hiatus, not much has changed about the group's sound: The new album highlights Sandoval's wistful, melancholic vocals and Roback's shoegazy guitars." [Washington Post]

Though they reformed to play Coachella and a handful of West Coast dates in 2012, Mazzy Star played their first NYC show in 15 years on Wednesday night (11/20). It seemed unfortunate that the band, who sounds best when you're laying down, chose Terminal 5, such a large standing-room-only venue, but at least a lot of people got to to see them; the sold out multi-level room was packed in every direction. Amazingly, the room was also completely silent at times, such as during "Into Dust" which was my favorite moment of the 75 minute, 15 song show. Due to the size of the venue and the bars in the perimeters, you could hear people talking during less-adored songs, but the shear amazingness of so many quiet people during other parts, not to mention the chance to see Mazzy Star at all, made up for it (note: I would have been freaking out in anticipation even more than I was about the show, but I managed to get my first live reunion fix in June 2012, when I traveled to London to catch them as part of a trip that also included a wedding and some sightseeing).

There was also an amazingly few amount of cell phone screens visible in the crowd, which means people really heeded the warnings, and probably because they knew that not listening could cause their show to end early for one reason or another. Many cell phone videographers still couldn't resist when hit song "Fade Into You" was played towards the end of the pre-encore set, but even that was minimal in comparison to normal shows, though that didn't stop Hope Sandoval from breaking her stage banter silence once. The NY Times says:

For the length of its set on Wednesday night, Mazzy Star managed to suspend time in all but one aspect. Despite the efforts of the club's security staff, the band couldn't entirely prevent the use of cellphones, prompting Ms. Sandoval to break her onstage reticence to complain about "those jackass flash phones you all have." The band performed in dim light, with members' faces in shadow; a video screen showed starscapes, rippling coastal waters or old stereoscope images. There was just enough visual information to keep the focus on the songs.

Despite the main set only being an hour, Mazzy Star played three encores. Each was one song which included the full band walking on and off the stage each time.

I wish they acknowledged the recent passing of Lou Reed during their rare Velvet Underground-influenced set in Lou's hometown, and I wish they played longer, but their final song choice of "California", the single off the new record, still left me leaving the show in a great mood. To quote Jon Parales from the NY Times one more time,

Pedal steel guitar hovered over the folk-rock of "Disappear," as Ms. Sandoval sang, "I'll never be what you want me to be/No, I can't disappear." But she was exactly what Mazzy Star fans have wanted her to be: back and unchanged. Mazzy Star has applied the hovering, meditative stasis of its music to its career.

Mazzy Star complete their tour in Philly and MD on Friday and Saturday, and then return to NYC for a Jimmy Fallon taping Monday.

Unrelated, but a big-but-small tribute to Lou Reed is happening in NYC on Sunday.

Mariee Sioux and Psychic Ills are touring with Mazzy and opened the Terminal 5 show, but I missed them.

Pictures are not allowed at Mazzy Star shows, but they did have their own photographer who took the few pictures in this post. A sneaky person also managed to get a video of "So Tonight That I Might See" and posted it online. The video, more pictures and NYC setlist, below... 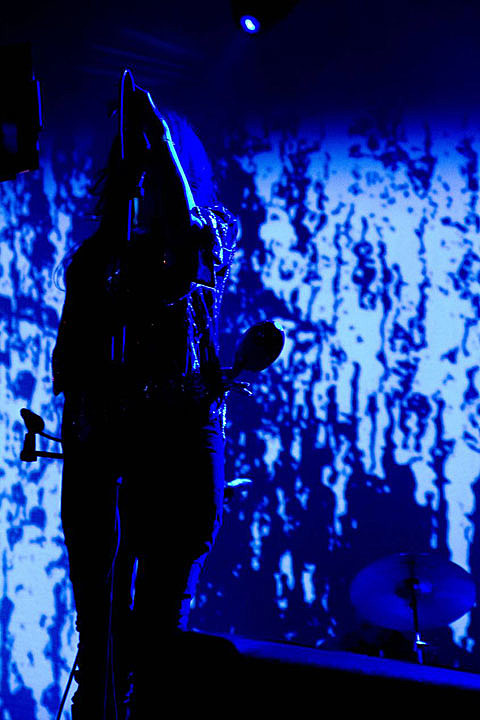 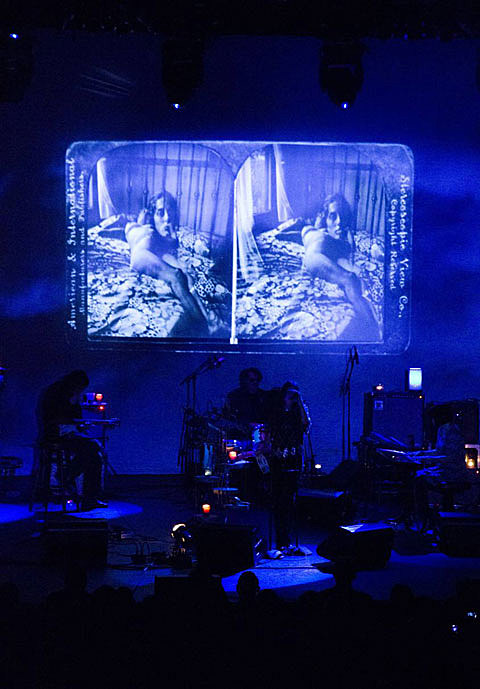 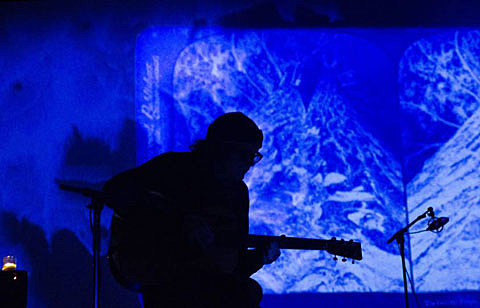 SETLIST: Mazzy Star @ Terminal 5, NYC - 11/20/2013
Look on Down From the Bridge
Cry, Cry
Lay Myself Down
Ride It On
Does Someone Have Your Baby Now?
Into Dust
She Hangs Brightly
Halah
Fade Into You
In the Kingdom
Blue Flower
Disappear

Encores:
Flying Low
So Tonight That I Might See
California
--