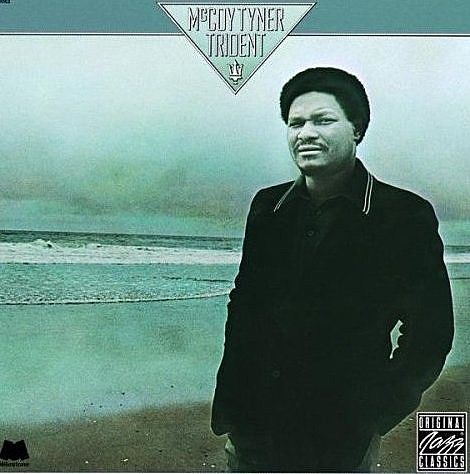 In the early '60s, McCoy Tyner cut his teeth as 1/4th of the John Coltrane Quartet. Since then, the pianist hasn't slowed much. This weekend, Tyner plays two nights at the Lincoln Center's Allen Room with his trio and guest Ravi Coltrane. Tickets for the Friday, May 15th and Saturday, May 16th shows are on sale. According to his posted schedule, it'll be Tyner's only visit to the NYC area this year.

From those players, Marc Ribot, who giged with Tyner last fall to celebrate the disc's release, is one that's currently in NYC. He's finishing up his birthday week retrospective with Friday and Saturday shows at (Le) Poisson Rouge. The Friday show features Ribot in three combos, Los Cubanos Postizos, Cotito Trio, and Cumbiamba eNeYe. Tickets are on sale. The Saturday gig sees Ribot with Ceramic Dog and Young Philadelphians. Tickets are still on sale for that,

Bill Frisell is also in NYC. He finishes his Tuesday, May 12th to Sunday, May 17th run at the Village Vanguard, performing in a trio with Tony Scherr and Kenny Wollesen.

Other players from the Guitars album are coming through NYC later in the summer. John Scofield plays a free August 5th show at NYC's Madison Square Park oval. Béla Fleck performs the Central Park Summerstage twice: on July 5th behind Malian singer Oumou Sangare and again on August 3rd with Toumani Diabate. Derek Trucks plays the Lincoln Center Out of Doors Festival on August 13th at the Damrosch Park Bandshell.

Most of the above guitarists are featured in the making-of trailer for the Guitars album, with tour dates, below...