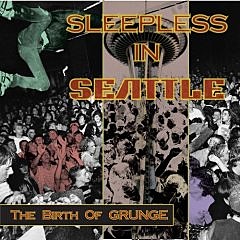 Meat Puppets formed in 1980 in Phoenix, Arizona. The Melvins formed in the early 80's too - in Montesano, Washington. Mudhoney formed in 1988 - out of the ashes of Green River, and with Matt Lukin (who had recently left the Melvins) on bass - in Seattle, Washington. Nirvana became Nirvana in 1988 too - in Aberdeen (or Seattle), Washington (Dave Grohl joined in 1990).

Meat Puppets and Mudhoney both opened for Nirvana at the State Fairgrounds Coliseum in Phoenix, Arizona on October 18, 1993. In November 1993, members of Meat Puppets appeared on MTV Unplugged with Nirvana - the Meat Puppets were then mainstream. Kurt Cobain died on April 8, 1994. Meat Puppets went on their first hiatus in 1996. Krist Novoselic (Nirvana) and Curt Kirkwood (Meat Puppets) later formed a short-lived band called Eyes Adrift. The Melvins, Meat Puppets & Mudhoney are all currently active bands (again).