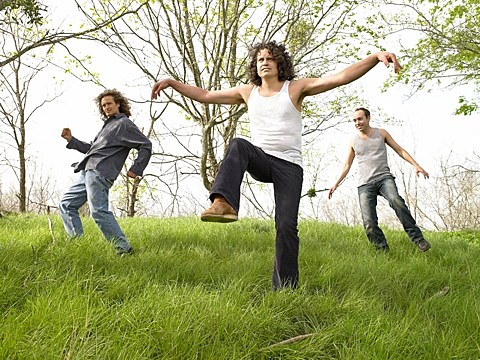 Slop rock vets Meat Puppets are tentatively set to release their fourteenth studio album, Rat Farm, this spring (exact release date TBA). Around that same time, they'll be heading out on a US tour which brings them to NYC for shows at Mercury Lounge on April 2 and 3. Tickets for that show are not on sale yet, but you can check ticketmaster for updates.

A list of all upcoming dates and a live video of the Meat Puppets playing "Plateau" in 2011 below...