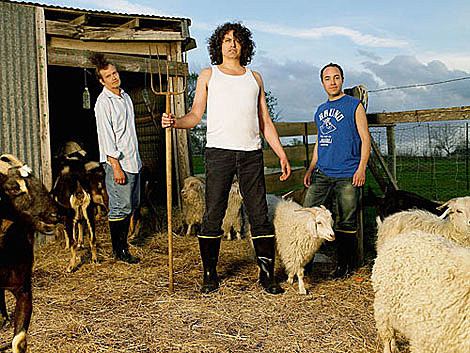 As previously reported, Meat Puppets have a new album coming out - their 12th full-length studio record - and two NYC shows scheduled on their May/June US tour which has since been fully announced. The NYC shows, June 11th (tickets) and June 12th (tickets) both at the Mercury Lounge, are on sale now (still no info on openers).

The band recently played SXSW. A video from that show, and all tour dates, below...