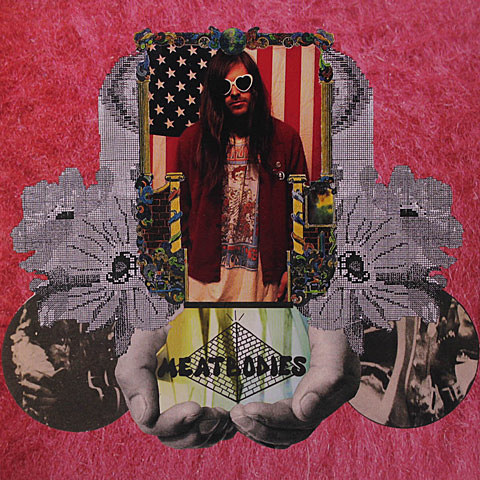 You maybe have seen Chad Ubovich play as part of Mikal Cronin's band last year, but he's got his own group, Meatbodies, too. You might not be suprised to learn Meatbodies make garagey psych rock that's not too dissimilar from Cronin or Ty Segall. They released a self-titled cassette last year via Ty's label, God?, which is sold-out, but two of its songs have been pressed onto a new In The Red 7". That's the cover art above and you can stream both sides, "Wahoo" and "Steps," below.

Meatbodies (shortened recently from Chad & the Meatbodies) will be on tour with Mac DeMarco and Calvin Love later this summer, but before that they'll have a few East Coast shows, including one in NYC at Death by Audio on June 17 with Pampers, Las Rosas and White Rope. All tour dates are listed, along with a few streams, below...