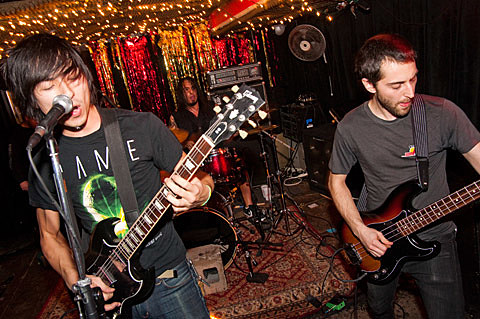 Brooklyn mathcore trio Meek Is Murder have announced that they'll be returning with a new album, Everything Is Awesome Nothing Matters, on October 22 on vinyl via Threshold of Pain (the band is self-releasing it digitally). It's the followup to their 2011 debut, Algorithms, and like that album, they brought in producer Kurt Ballou of Converge, whose technical, breakneck-speed metallic hardcore is likely a precedent for Meek's sound (as is Botch, who they're known to cover). Check out an album teaser video of Meek is Murder and Kurt Ballou in Kurt's Godcity Studio, along with the tracklist, below.

Meek Is Murder also have some local shows coming up. One of those happens this Saturday (9/14) at The Grand Victory with Tiger Flowers (who they have a split music video with, watch below), Johnny Booth, Hive Smasher, and NYC's atmospheric metallers So Hideous (who also have a new LP on the way, trailer below). Tickets for that show are on sale now. Show flyer below.

Then in October, they play the Metal Injection/Metal Sucks CMJ showcase on October 18 at Acheron. The show's being headlined by grindcore boundary-pushers Fuck the Facts (who have a new EP out), and also includes Fit For An Autopsy, Hivesmasher, and the live debut of Stomach Earth, the new project of The Red Chord's Mike McKenzie. Tickets for that one are on sale now, and the show flyer is below too. And finally, after CMJ they team up with So Hideous again for a show on October 26 at ABC No Rio. 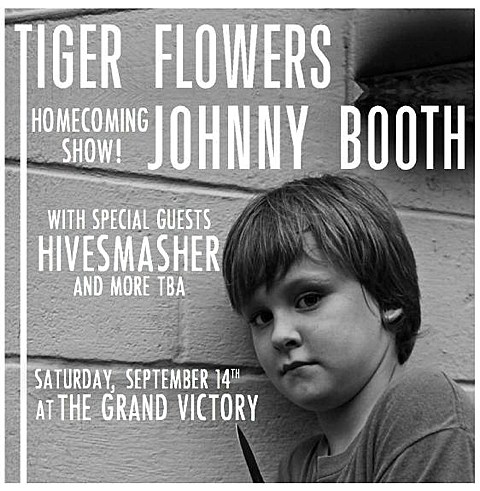 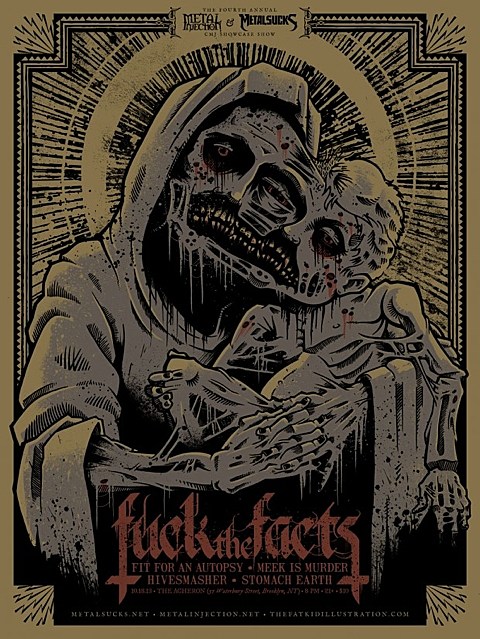