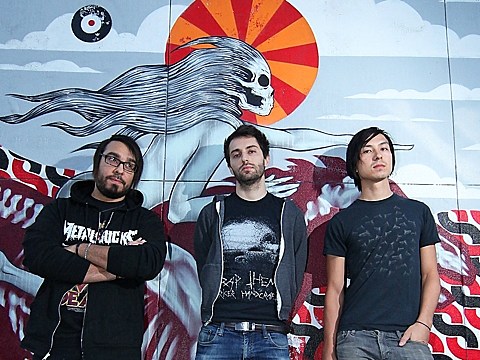 Brooklyn's Meek Is Murder are releasing their sophomore album, Everything Is Awesome Nothing Matters, on October 22, and after revealing one of its tracks, the band are new debuting a second, "Ghost Moth," which makes its premiere in this post. Like most tracks on the album, it's a spastic, ever-evolving tune, and it includes some air-guitar-worthy shredding, not unlike what their producer Kurt Ballou did on "Sadness Comes Home" last year. The song only stays whiplash-inducing speed for so long though, before they pull a 180 and end in a head-nodding sludgefeast. Check it out below.

Meek Is Murder also have some previously discussed hometown shows coming up, including the Metal Injection/Metal Sucks CMJ showcase on October 18 at Acheron with Fuck the Facts, Fit For an Autopsy, Hivesmasher and the live debut of Stomach Earth, the new project of Mike McKenzie of The Red Chord (who once counted Meek guitarist Mike Keller as a member too). Tickets for that show are still available. After that, they join their friends So Hideous (who also have a new album on the way) for a day show (3 PM) on October 26 at ABC No Rio with NJ post-metal quintet East of the Wall and Mary Todd.

So Hideous also open the BV/IO-presented Kylesa, Pinkish Black, and Sierra show at Saint Vitus on October 25. Tickets for that show are still available.

Meek Is Murder song stream below...

Meek Is Murder - Everything Is Awesome Nothing Matters 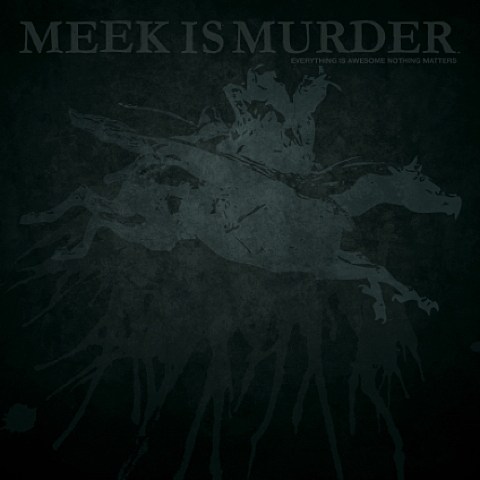