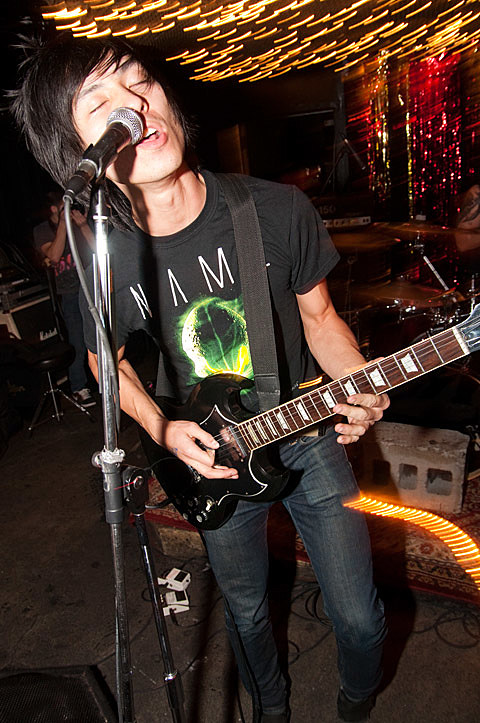 Some bands might be intimidated to share a bill with live greats like Gaza and Tiger Flowers, but Meek is Murder is not just any band. This grindy-mathy trio exemplify the word "spaz", whether that's in their complex and off-kilter hardcore-influenced math-terpieces, or at their electric live shows that see the band members performing in the audience, on the floor, and playing right in front of you.

Meek is Murder have attempted to bottle said live chaos with Algorithms (apropos), their new LP due via the MetalSucks label on March 22nd. Over 10 tracks of grindy madness inspired by "computer science", the band proves that their muscle isn't limited to the close quarters (thats what she said) of a live show and that MiM have some songs to back it up. Of course it never hurts when Kurt Ballou (Converge) is behind the boards, so you know brutality will be fully on display on tracks like "(null)" which you can download above and stream below. Pre-order Algorithms and grab a Meek Is Murder demo on the Metalsucks compilation NYC SUCKS Vol 1.

Meek is Murder will celebrate the new LP with a trip to SXSW before turning back to NYC to play a release party on 3/24 at Union Pool with East of The Wall and Wizardry. All tour dates, the song stream and some videos, below...