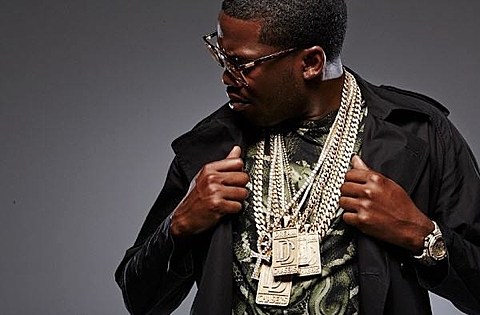 Meek Mill already has one sold-out NYC show happening this month at Best Buy Theater (2/12), and he'll also be part of an excellent lineup at Webster Hall (2/15) three days later with Troy Ave, Jeezy, Fabolous and Yo Gotti plus DJ Envy, DJ Clue, DJ Drama, and DJ Infamous. Tickets for this massive show are on sale now.

The rappers on the Webster Hall show also all have new (or relatively new) music. Meek Mill is planning to release a new album called Dreams Worth More Than Money this year and recently dropped the video for his new single "B-Boy," which features his famous friends Big Sean and A$AP Ferg. Check it out below. Big Sean's got a new album on the way too.

Jeezy and T.I. recently put out a short film for their collaborative track "G' Shit" (also with Watch The Duck) off Tip's 2014 album, Paperwork. The 12+ minute video stars T.I., Jeezy, Wood Harris (aka Avon Barksdale from The Wire), and T.I.'s former Boss star Rotimi as '60s gangsters, and you can check it out for yourself below.

Fabolous returned on Christmas with the '90s-influenced new album, The Young OG Project, his first full length since 2009's Loso's Way. He's also planning to release Loso's Way 2 this year, but while you wait for that, check out the video for Young OG Project opener "Lituation" below.

Troy Ave also takes it back to the '90s, teaming up with fellow New York rapper Fat Joe (who's likely an influence on Troy) for Fat Joe's new single "How U Luv Dat." Listen below.

Yo Gotti recently dropped his new Concealed mixtape (download) and even more recently put out the video for the title track. You can watch that below too.