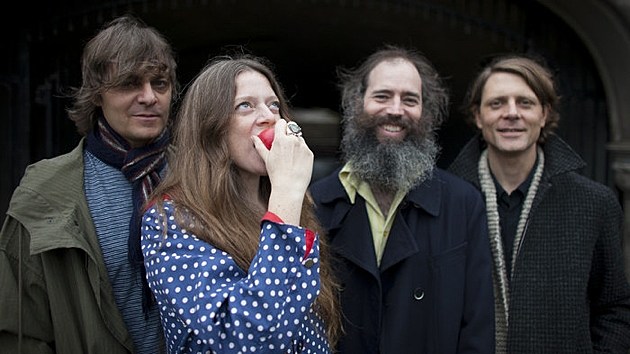 Meg Baird has been making quality psychedelic folk for a while, both on her own and as a member of Espers, and she's now leading another band, Heron Oblivion. It's something of a supergroup, with two members of Comets on Fire and one member of Assemble Head In Sunburst Sound involved too, and their self-titled debut album comes out next week (3/4) via Sub Pop. Compared to Meg's other projects, this is heavier psychedelic rock with liberal usage of wah pedals. And Meg wails over this thing like a British folk rock powerhouse straight out of the '60s/early '70s -- think Sandy Denny, Maddy Prior, or Jacqui McShee and you've got an idea. It's not just a trip back to the '60s though. With crisp, modern production, Heron Oblivion has a foot in the present too. Stream the whole record below (via NPR).

The band have a few shows coming up on the West Coast, and they're also playing the Levitation festivals in Austin and Vancouver, and Marfa Myths in Texas. All dates are listed below.