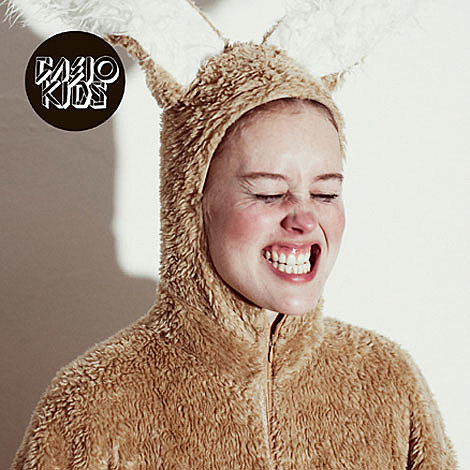 By now you hopefully you know that Norway's awesome Casiokids are playing our Brooklyn Vegan Pre-SXSW party, alongside Let's Wrestle, The Wave Pictures, Banjo or Freakout and WhoMadeWho. There's now also free PBR for an hour or two (exact details on that soon). And I'll be DJing in between sets. It's all very exciting, isn't it? There are still some tickets available -- only $8.

In that previous post about Casiokids, we mentioned a compilation of the band's 2009 singles called Topp stemning på lokal bar that was, as of that writing, only coming out in Norway. The band have since announced that they've signed to Polyvinyl in the U.S. who will release the album, complete with bonus disc of remixes just like in Norway.

The Knitting Factory show is actually one of three that Casiokids will be playing in NYC before they head to Austin for SXSW. They will also play Pianos this Saturday (3/13) along with Banjo or Freakout, Denmark's synth-rock quintet Spleen United and our Italian friends A Classic Education. Casiokids also play Littlefield on Sunday (3/14) afternoon for an all-Scandinavian party that again features Spleen United, plus Denmark's only surf/flamenco band, The Good The Bad, and The Megaphonic Thrift. The Megaphonic Thrift are made up of members of Casiokids and The Low Frequency in Stereo and are definitely of the '90s indie rock variety (in this case think GBV or Dinosaur Jr.) that seems to be coming back into style lately. You can download their single "Acid Blues" at the top of this post. Their debut, Decay Destroy, just came out in Norway and is available here through your favorite digital store. I haven't seen them play yet, but BV caught them at by:Larm and said they were pretty good. Pictures from their February 18th show at Oslo club Sub Scene are below.

In addition to the Littlefield show, Megaphonic Thrift are playing Sunday night (3/14) at Bowery Electric and then on Monday night at Santos Party House for a Oya Fest / Oh My Rockness party with fellow Norwegians Pirate Love (High energy, Hives-ish garage) and Hanne Hukkelberg (orchestrated pop), plus The Depreciation Guild. Mind you this is the same night as our Knitting Factory show, so Megaphonic Thrift will play Santos then certain members will race across the Williamsburg Bridge to join their Casiokids bandmates in time for that set. It's all going to work out fine.

Pirate Love will be back after SXSW for a couple shows with UK garage act Thee Vicars. Catch them at Cameo Gallery on March 26 and Lit Lounge on March 27. 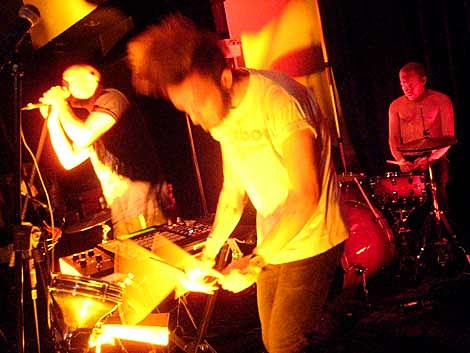 The aforementioned Spleen United are also playing this Wednesday (3/10) at Union Hall with fellow Danes Choir of Young Believers. I caught Spleen United at CMJ back in October and they reminded me of the kind of band that 20 years ago would've been on Wax! Trax! or Play it Again Sam records -- the poppier side of goth/industrial. They've had #1 albums in Denmark I've since learned. With multiple percussionists, they put on a pretty good live show too.

Choir of Young Believers were also here at CMJ. Their debut, This is for the White in Your Eyes, is elegiac folk that gets the band compared to Fleet Foxes quite a bit but CoYB are a bit more instrumentally varied and grandiose than Robin Pecknold and co.  It really is a lovely record. The Union Hall show also features The Loom (who played that BV loft show during CMJ 2009) and Spain's The Right Ons. Choir of Young Believers also play Pianos on Thursday (3/11) with Brooklyn's ARMS who are worth checking out in their own right.

That's more than enough for one post. Below are videos, flyers and tour dates for some of the bands mentioned here... 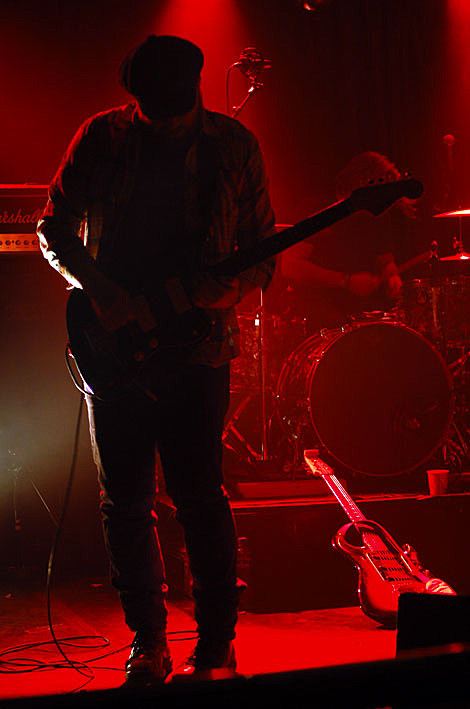 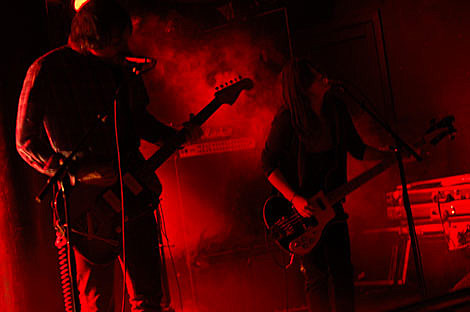 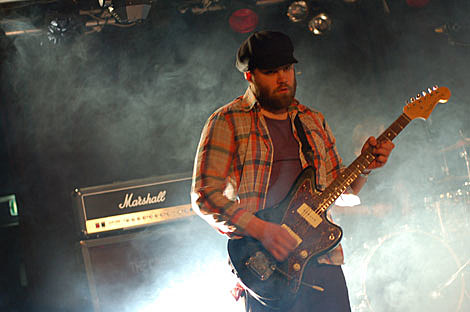 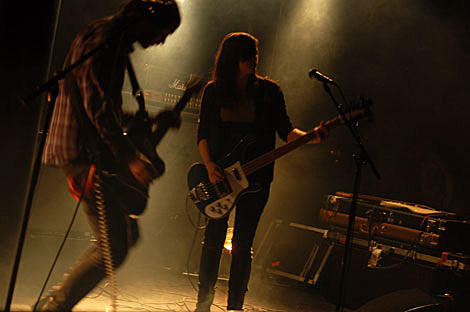 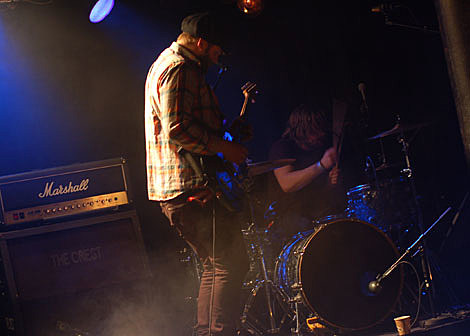 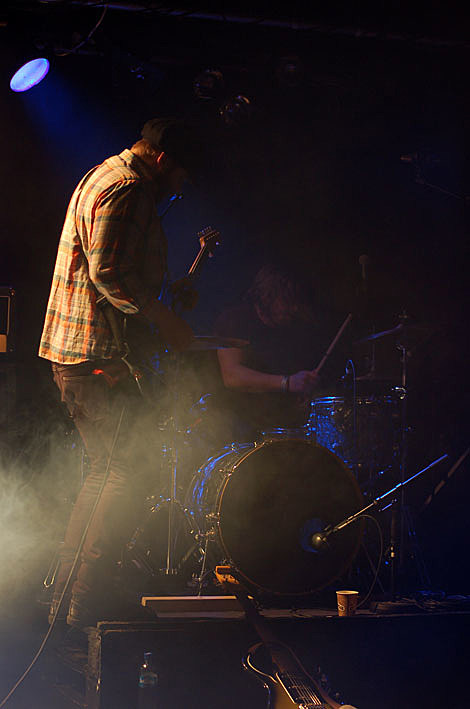 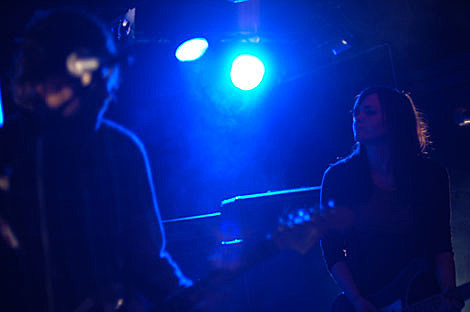 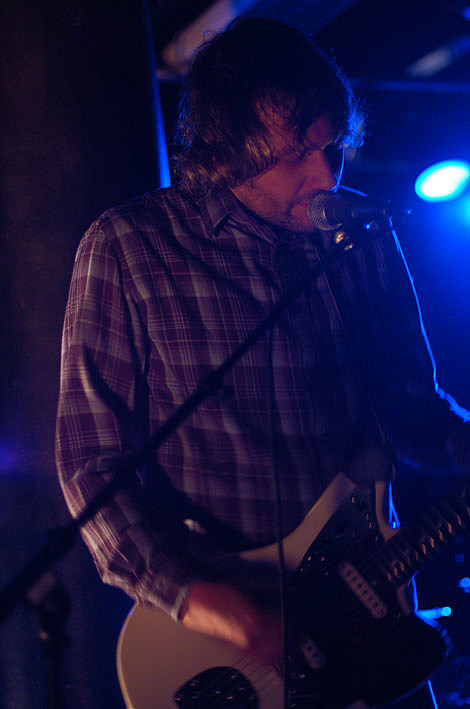 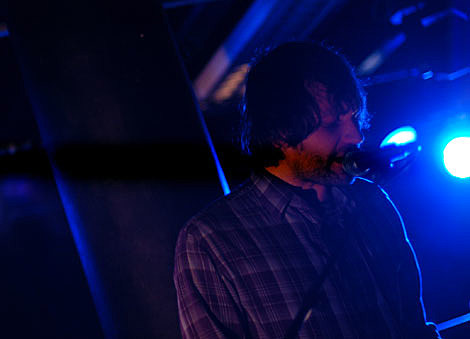