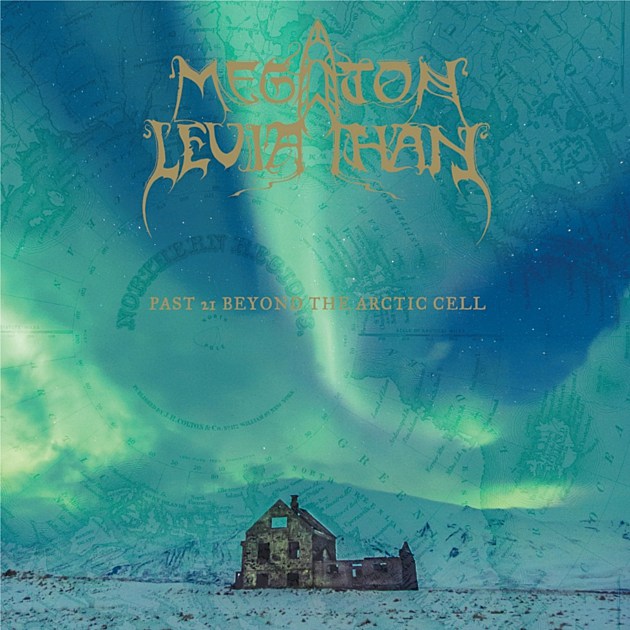 Portland's Megaton Leviathan are currently on tour with Vaital Deul. Both bands are helping to get the word out regarding Megaton Leviathan's next release, the miraculous Past 21: Beyond the Arctic Cell which is out next week (9/9) via Seventh Rule Recordings. Why miraculous? Well, following their first album, the doom/psych band's future seemed to be in serious doubt. But lone-remaining member Andrew James Costa Reuscher has kept at it, shouldering the load and delivering a whale of a sophomore LP.

We recently premiered opener "Past 21" on Invisible Oranges and the track adds all kinds of wrinkles to Megaton Leviathan's atmospheric-rich music. Andrew James Costa Reuscher has kept the gaze-y Nadja-isms in place, but has twisted it to fit a new rhythmic sense, one that recalls older Neurosis. Stick around until the four-minute mark and you're treated to some soaring leads that feel fully earned. If blurry and beautiful doom and gloom is your thing, it's worth giving a spin.

For their live show, Megaton Leviathan have been filled out to a three-piece, with engineer Mort Subite and drummer Markus Covello (both from V.I.I.R.L.) lending their talents. The trio's tour hits NYC's The Acheron on September 7 with Theologian, Kosmodemonic, and Vailtal Deul. Tickets are available now. The full list of dates appears below.

Speaking of, the abrasive death-synth artist Theologian will be releasing a vinyl version of their 2013 speaker-exploder Some Things Have To Be Endured on September 15 through Crucial Blast. The blackened Kosmodemonic -- who played with Watain earlier in the year -- put out debut EP Chapel Perilous in April and previewed the swirling "Kali" from a forthcoming full-length around that same time. Vaital Deul membership includes Mort Subite and tags themselves as, "Orchestral Post-Doom, depressive neo-folk and other grim sounding buzz-descriptors." Noted.

All of the dates are listed, along with streams for the bands (minus the secretive Vaital Deul), below...