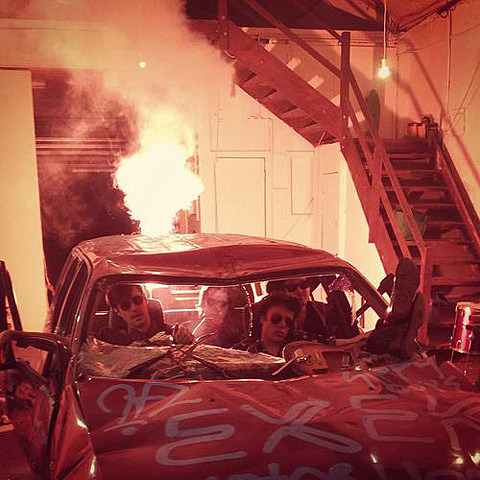 Melbourne, Australia is a breeding ground for great post-punk influenced bands, to the point where I imagine most of the city's population are in at least one band, if not two. (Perhaps that is how they imagine Brooklyn.) One of the newer ones is Exek, whose bleak, dubby sound recalls Metal Box-era PiL. The band recently released a tour split 7" with Austin's Spray Paint and we've got the premiere of the video for "The Theme From Judge Judy" from that in this post. Watch below and you can pick up the 7" via Aussie label Homeless.

Exek's first EP, released last year via Homeless, can be streamed below as well, and the band are currently working on their full-length debut.