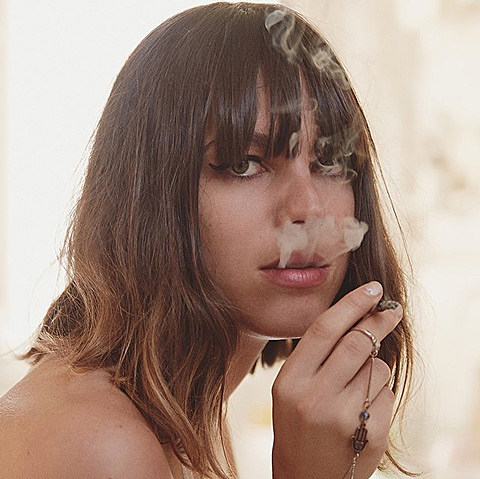 Melody's Echo Chamber is currently working on her follow-up to her 2012 debut LP. The new album, which will be self-released, will be out later this year, but she did release a single, "Shirim," in late 2014. Where her debut album was made with Tame Impala's Kevin Parker, Melody Prochet wrote and recorded this on her own. The song still has those hazy, psychedelic sonics but is definitely a little more pop, with fuzz bass and a funky guitar riff driving it. Stream it below.

As mentioned, Melody's Echo Chamber will be over for Austin Psych Fest: Levitation in May and she and her band will also play shows in NYC and LA after the fest. The NYC date happens May 12 at Music Hall of Williamsburg. Tickets for that show go on sale Friday (1/16) at noon with an AmEx presale beginning Wednesday (1/14) at noon.

All dates are listed, along with the "Shirim" single stream, below...