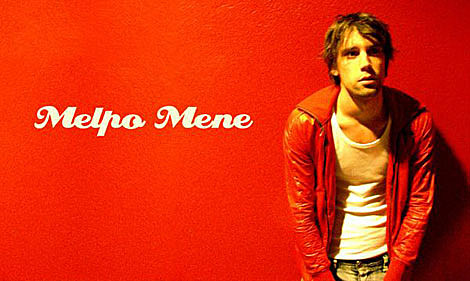 We're a week away from the Swedish invasion that is Melpo Mene and Loney, Dear both in NYC at the same time. As previously noted, the two artists have shows scheduled together at Mercury Lounge (12/10) and The Bell House (12/12), and Melpo Mene is also playing Rockwood Music Hall (12/11). Now you can also add a free, early show at Cake Shop to MM's list (12/12).

And as previously noted, Loney, Dear is then going on a tour with Andrew Bird in 2009, but the NYC Andrew Bird date at Carnegie Hall (1/28) has Dosh opening instead of Loney, SO rather than not play NYC at all in that general time range, Loney comma Dear went ahead and scheduled a show at Union Hall in Brooklyn on January 31st - a night that he and Andrew both otherwise had off. No tickets for that one yet. All Melpo and Loney dates below...

Melpo Mene - I Adore You