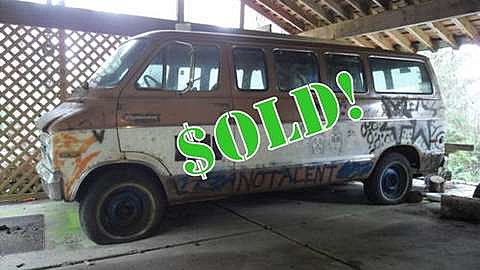 The Melvan, aka the old Melvins tour van that featured artwork by Kurt Cobain and which was driven by Kurt numerous times as well, has been sold on eBay for $24,701.00 (via Daily Swarm).

In related news, Tweak Bird have been added as an opener to the Melvins Lite tour, which the band are going on to set the Guinness World Record of "fastest tour of the US by a band" by hitting all 50 states and DC in 51 days. As discussed, that tour hits the NYC area on October 4 at Music Hall of Williamsburg and October 5 at Maxwell's. Tickets for the MHOW show are still available but the Maxwell's show is sold out.

All Tweak Bird dates are listed below.