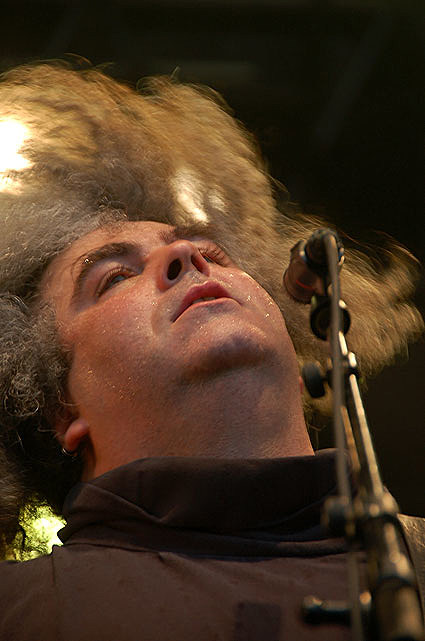 Annnnnnd... new Melvins album. Whaaa? Yep. Melvins have announced a new album due July 8th via Ipecac Records (aka Mike Patton's label) to follow up the awesome (A) Senile Animal. Here's what we know: it was recorded in January in LA, it (again) features our current favorite band-as-rhythm section, Big Business, and it is entitled Nude With Boots. I hope it doesn't come with a DVD... no offense guys (I prefer you CLOTHED with boots).

Check out some Melvins videos below....

MELVINS on Kurt Cobain the Roadie and George Bush