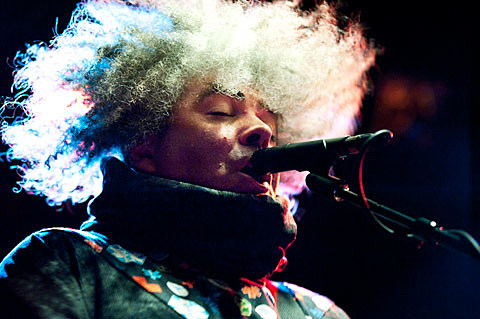 When we previously posted dates for the then-burgeoning Melvins Lite tour, our schedule listed Boise, Idaho in September and Brooklyn a month later. Little did we know that those dates are part of an insane string of shows for the trio

The Melvins will attempt to become the Guinness World Record holders for the first band to tour the full United States and D.C. in 51 days..."We figured it was time for us to do something REALLY crazy," said Osborne. "51 shows in 50 states plus 1 on D.C. and all in 51 days? Jeez! I wonder if we can do it?"

The tour, which will feature the Melvins Lite line-up of Buzz Osborne, Dale Crover and Trevor Dunn, also marks the first time in the band's near 30-year history that they will perform in Alaska, New Hampshire, Delaware and Hawaii.

Full tour schedule is listed below, including the newly announced Maxwell's on October 5th (ticket info forthcoming). Reminder, tickets for Music Hall of Williamsburg on October 4th go sale on Friday (6/8) at noon.