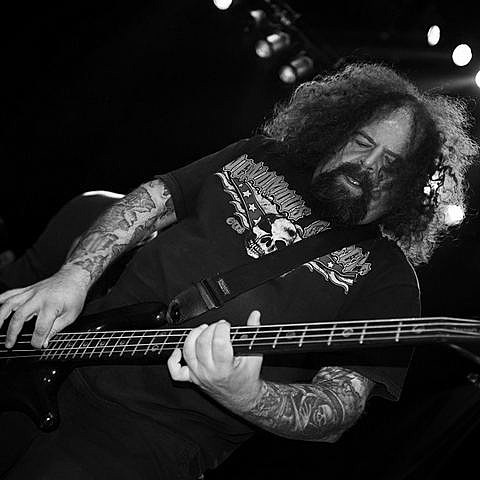 Two metal institutions, Melvins and Napalm Death, have announced a huge co-headlining tour in 2016 with killer support from Melt Banana.

The tour will stop in NYC for two shows, at Music Hall of Williamsburg on April 14 and Webster Hall on April 15. Tickets for MHOW go on AmEx presale Wednesday (12/2) at noon and on sale to the general public Friday (12/4) at 10 AM, while tickets for Webster Hall go on sale Friday at 10 AM. All dates are listed below.

Napalm Death released Apex Predator: Easy Meat earlier this year, and the Melvins have a new documentary about their 51 shows in 51 states tour.

Check out a Napalm Death live set from earlier this year, an interview with Buzzo where he discusses the 51 states tour, and all tour dates for the "Savage Imperial Death March Tour," below...