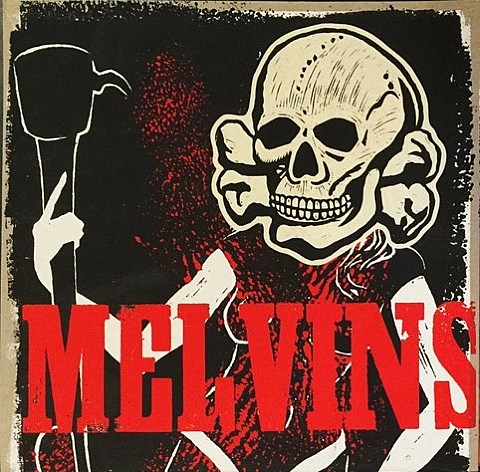 The Melvins have a new tour 10" called War Pussy on the way via Amphtamine Reptile. The release will be available during their tour with Napalm Death and Melt Banana, and they're streaming the first song, called "The Decay of Lying" from that release.

The track is pretty much a classic Melvins dirge, complete with thumping drums and extended guitar solos, although the production is scaled back to highlight the songrwriting, lacking the typical crush that we expect from a Melvins song like this. Buzzo and Dale Crover are joined by bassist Steve McDonald of Redd Kross and OFF! for all four songs on the release.

That "lost" Mike and The Melvins album is coming soon too. Stream "The Decay of Lying" below...