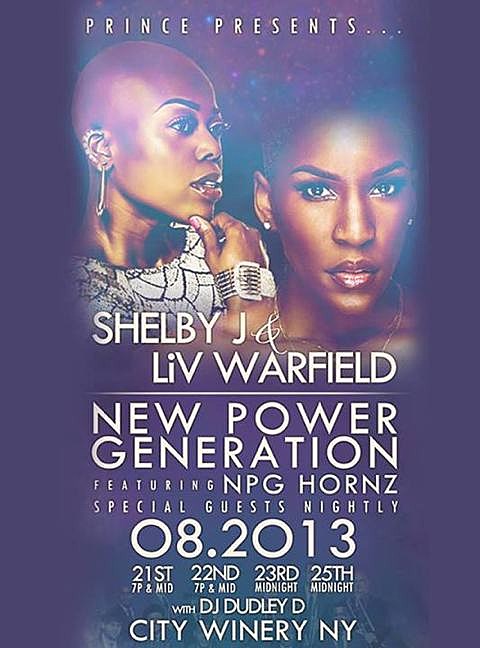 While Prince doesn't currently have any upcoming shows in NYC, members of New Power Generation do. Shelby J., Liv Warfield and NPG Hornz will play six shows next week at City Winery. Both August 21 & 22 have early and late shows, plus late shows on August 23 and 25. Each show is expected to be different with celebrity guest performances and that final 8/25 show is being billed as an MTV VMAs afterparty (with tickets costing more than double the other shows).

City Winery, whose owner Michael Dorf also did the recent Prince tribute at Carnegie Hall (and accompanying City Winery show), also notes (without promising anything specific, of course) that, "Even Prince has been known to grace the stage in support of his acclaimed band, so plan to expect the unexpected at each show!" Tickets are on sale now.