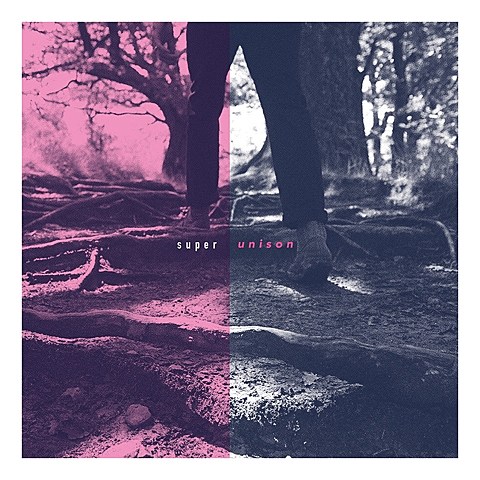 It was a pretty big bummer in the hardcore community last year when vocalist Meghan O'Neil left the great fastcore band Punch just after their very solid new album They Don't Have to Believe came out on Deathwish. But we can all rejoice, because Meghan is now fronting and playing bass in another band called Super Unison, and they rip.

Along with Meghan, Super Unison features drummer Justin Renninger of the now-defunct emo band Snowing (he's not the only member of that band to go in a heavier direction), and guitarists Danny Goot and Kevin DeFranco who were in the band Dead Seeds together. (They're not shy about the John Reis influence, given Super Unison is a Drive Like Jehu song and Dead Seeds is a Rocket From the Crypt song.) Earlier this year, the band recorded their debut EP with ex-Comadre member Jack Shirley (who most members have worked with before), and it came out this week. 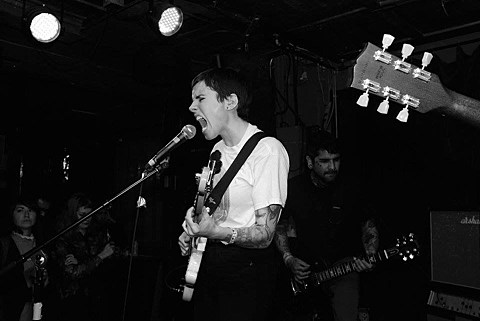 The EP is four songs long, none of which pass the two minute mark, and this thing just gets better every time you play it. They slow it down compared to Punch, and Meghan changes up her vocals a lot more which works really well. You can definitely hear the John Reis influence coming through on those guitar riffs, but it's by no means a direct rip of anything he's done. This is just great hardcore -- it's musically compelling, and even kind of accessible, but not at the expense of its total fury. Stream the EP in full below, and if you like what you hear, you can download it for $5 on bandcamp.

Super Unison played their first show ever this past February in San Francisco (that's a picture above), and they're on tour again as we speak with fellow Oakland band Composite. They're playing a few cities in Washington state this weekend before wrapping up in Sacramento on Monday, but unfortunately nothing's scheduled for the East Coast yet. Let's hope they make their way over here sooner than later. All remaining dates are listed below.